Tony Long, Global Fishing Watch Chief Executive Officer, looks back at 2019 and sets a course for 2020 – a pivotal year for ocean governance and conservation.

From five or ten years out, making sustainability commitments for the end of a decade is a seductive proposition for governments and sectors of all varieties. This is certainly true in the maritime world.

Yet on the threshold of the new decade, it’s clear we’re on a collision course with reality. As 2019 closes, we’re fast approaching key deadlines for ocean governance and conservation, and the general consensus is that we’re going to miss the majority of the targets we’ve set. 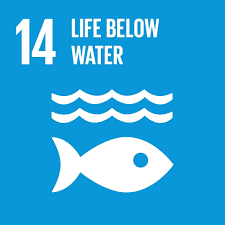 SDG 14 on the conservation and sustainable use of the oceans, seas and marine resources, for example, includes four targets due in 2020 that are unlikely to be met. Those on regulating illegal, unreported and unregulated (IUU) and destructive fishing and implementing science-based management, as well as on eliminating problematic fisheries subsidies, are of particular relevance, not just for Global Fishing Watch but for us all.

We cannot effectively tackle poverty, deliver inclusive and sustainable development, or reverse nature loss without safeguarding oceans, yet we’re nowhere near meeting these targets. Despite clear reaffirmation by Heads of States in 2017 at the first UN Ocean Conference – during a session I was honored to moderate – many indicators of ocean health reveal a worsening crisis.

The Global Assessment from IPBES in May, for example, confirmed that about a third of the world’s fisheries are overfished, and most of the rest, to capacity; while best estimates suggest around 20% of the global catch is likely illegal. Added to this, the recent IPCC report on the Ocean and Cryosphere in a Changing Climate reveals marine heatwaves, rising seas, dying corals and vanishing ice will all be devastating for people, infrastructure and nature.

All is not lost

There’s no doubt we need to up our game significantly – but all is not lost. This year, we have seen some notable developments in ocean governance, not least considerable momentum towards entry into force of the International Maritime Organization’s Cape Town Agreement on fishing vessel safety. This should reduce risks to commercial fishing crews and help eradicate bonded labor and illegal fishing – poor working conditions at sea are often associated with illegal fishing.

Beyond this, a dramatic increase in the number of countries ratifying the Food and Agriculture Organization’s Port State Measures Agreement (PSMA) – now 62 of which one is the EU – is significant. Under the agreement, countries can deny entry to fishing or carrier vessels suspected of IUU fishing, effectively shutting down their route to market. Properly implemented, it is game-changing. Cooperation between states, especially information-sharing about all vessels – such as their registration, ownership and rights to fish so that a vessel turned away from one port cannot slip into the next – is integral to the Agreement and key to its effectiveness; and will ultimately depend on ratification and resolute implementation by key port states and large economies like China.

States have an opportunity to continue this momentum by implementing these policies throughout 2020. Doing so will demonstrate their commitment to effective ocean governance and support the management of their commercial fleets.

The year ahead is full of opportunity to capitalize on these gains, precipitate political will and build momentum for a step change in ocean governance and delivering SDG 14.

The UN will finalize text for a new high seas biodiversity treaty under the Law of the Sea in April – imperative for ending impunity in the open ocean; Portugal will host the second UN Ocean Conference in June; Palau will host Our Ocean in August; and the UN Biodiversity and Climate COPs in October and November respectively will each include a strong focus on marine-based solutions to nature loss and climate change.

A task akin to preventing all crime, ending IUU fishing is manifestly the most difficult part of achieving SDG 14 – but at Global Fishing Watch, we are well-placed to help deliver.

The satellite and machine learning technology we use is making the previously invisible ocean visible, and bringing fishing into the light by tracking boats on the water, monitoring where they’re fishing and even how.

For the PSMA to succeed in tackling IUU, traceability is key – the ability to trace the origin of all fish so that any port inspector, and ultimately a buyer, trader or a consumer, can avoid stolen goods.

By setting clear principles of transparency, vessel behavior will improve. Critically, a focus on ports means engaging with vessels based on their level of compliance rather than their non-compliance, and questioning and inspecting those that lack evidence of good behavior or a sufficiently clear history of activity.

This approach enhances enforcement by allowing countries to then place limited at-sea or airborne assets in the right place at the right time to act on suspicious activity and unauthorized vessels in their waters.

For example, Global Fishing Watch data and analysis was used by the US Coast Guard during a patrol in the North Pacific and helped produce a threefold increase in vessel boardings and an eightfold increase in identified violations compared to the previous patrol. And in cooperation with Indonesian and Panamanian authorities, we supported efforts coordinated by INTERPOL to apprehend the MV NIKA, a notorious rogue vessel wanted in several jurisdictions and that has changed its name and switched flags seven times since 2006.

By enabling transparency, we are having an impact on the water by empowering government and industry to make informed decisions about fisheries management, and helping shore up this critical part of the global commons.

Transparency itself relies on the provision and sharing of data. Several countries are now following Indonesia and Peru’s lead and making vessel tracking data publicly available through Global Fishing Watch.

In October, Panama published its vessel tracking data revealing its international fishing fleet of about 150 vessels, along with about 200 carrier vessels flagged to Panama which receive catch at sea and then transfer to port – a major step towards achieving full transparency of their fishing fleet.

The Chilean government also committed to sharing vessel data via our platform, and both Costa Rica and Namibia have declared their ambition to do the same.

We are at the start of a journey but see growing momentum as our program and breadth of partners continues to expand. Much like the pace of take up for the PSMA, we could see a critical mass of countries sharing their data within five years. With transparency in vessel data and fishing authorizations an excellent complement to PSMA principles, when implemented together, outlaw vessels will have few places left to hide or land illicit catch.

This year, we’ve once again extended our reach through new partnerships. A notable breakthrough of which I am particularly proud is that our data on global fishing activity has been added to other ocean ecosystems data on the Bloomberg Terminal, allowing subscribers to see global fishing by country and gear type. Used by mainstream business, the platform reaches hundreds of thousands of users, and we hope this transparent use of data will boost integrated analysis and awareness, and drive investment in responsible actors.

Another achievement came in May when Canada confirmed support for the continued growth of our platform by contributing CAD $1.2 million in funding – part of the CAD $10 million commitment announced by Canada at the G7 ministerial in 2018. The collaboration will allow us to give bespoke support to countries that would otherwise not have the resources to analyze our fishing data, helping combat IUU fishing.

Our core dataset, published in Science last year, has now been downloaded over a thousand times; and working with scientists over the last three years, our free-to-access data has inspired research and enabled new discoveries that improve how we manage the oceans.

Our research partners at National Geographic Pristine Seas used our data to help create seven marine protected areas with a combined area larger than Egypt; analyses of marine protected areas in European waters has sparked debate about ways to improve their effectiveness; and our map, and analysis by Enric Sala, is now being used by the World Trade Organization to help negotiate an end to more than $20 billion in harmful subsidies, many of which encourage overfishing.

In May, our research program was honored with an award. Technology and collaboration are at the heart of this and all our successes. We provide big data processing and machine learning, and our research partners provide deep knowledge of marine science.

To cap off 2019, in November, the FAO launched a new global atlas of AIS-based fishing activity produced in partnership with AZTI and the Seychelles Fishing Authority. A first of its kind, it analyses the opportunities and challenges in using Automatic Identification Systems (AIS), designed for navigation and anti-collision, to monitor fishing activity around the globe. This review and verification of our AIS-based fishing tracking approach not only enables fisheries managers and policymakers to fully understand its strengths and limitations, it also brings top-level recognition of its value. Alongside AIS, our platform includes government-operated Vessel Monitoring System (VMS) data and night-light vessel detections. We will soon add satellite radar data and are investigating other emerging commercial systems, such as radio frequency detections.

Plotting a course for even greater transparency

Meeting global demand for wild-caught seafood would not be possible without a global fleet of cargo vessels, known as reefers or carriers. Through ‘transshipment’, they can pick up their cargo from fishing boats far from shore, making it hard to monitor and control their activities, and creating opportunities for illicit activities such as misreporting or non-reporting of catch as well as trafficking in weapons, drugs and people.

It’s an area of the industry in dire need of greater transparency and we’re working to improve understanding and management of transshipment at-sea that will help ensure those seeking an unfair advantage by moving or landing illegally-caught fish are subject to greater monitoring and control.

Transshipment touches a wide range of seafood products, especially tuna. In the western and central Pacific Ocean alone, estimates suggest illegally caught seafood worth over US $142 million is transshipped each year, most of it misreported or not reported by licensed fishing vessels. As a first step, together with The Pew Charitable Trusts, we are producing a series of reports shining a light on transshipment activity in the five tuna Regional Fisheries Management Organizations (RFMOs).

First reports have been drafted using 2017 data, each identifying significant risks that RFMO transshipment regulations are not being fully implemented. Where the often-hidden nature of transshipment has historically hindered policy reform, our reports help reveal what is happening and provide clear recommendations for strengthening regulations.

In addition to this new focus on large industrial vessels, heading into 2020, we will advance a series of projects from Peru to Indonesia trialing new technologies to track smaller vessels. With small-scale fisheries taking nearly 50% of global fish catch, being able to monitor these fleets is fundamental to realizing sustainable fisheries management.

The time is now

With growing evidence that liberating data has real benefits, particularly for countries and peoples who are resource-rich but capacity-poor, the notion of keeping fishing data siloed and proprietary is arcane, inequitable and counter-productive.

While vessel tracking data on our public map is redacted, aggregated and delayed 72 hours, we believe ocean data should be broadly available and, unless there are compelling security reasons, there is no reason not to share it.

While less than 5% of the ocean is truly known, our continued mission at Global Fishing Watch is to know it in its entirety so that collectively we may make the right choices for people and planet.

Delivering the step change in governance and management of the global ocean that we need is possible – if we seize the opportunities that 2020 presents.

The time for new levels of open collaboration, big data-sharing and radical transparency that will save the global ocean, enable active governance for the common good, and secure the livelihoods of the billions who depend on its resources, is now.