Revealing all vessel traffic at sea

We aim to reveal the activity of all ocean-going vessels in the world. Because most vessels do not broadcast their locations using the automatic identification system (AIS), and are thus “dark” in public surveillance systems, we need to draw on satellite imagery to see all vessels. Global Fishing Watch is applying deep learning to petabytes of satellite radar and optical imagery to track the true global footprint of fishing and non-fishing activity, shedding important light on all human activity at sea, including illegal and abusive actions on the world’s ocean.

In recent years, the activity of several hundreds of thousands of ocean-going vessels has been revealed because they broadcast their positions on AIS—and this technology has allowed breakthroughs in science and served as the foundation for Global Fishing Watch’s map. But an unknown number of vessels, including the majority of fishing vessels, do not broadcast their positions, so they remain unmapped. This lack of information limits our oversight and management of the ocean, and it is often concentrated in regions that most need better information.

In some regions, such as West Africa, few vessels broadcast their locations over the automatic identification system (AIS), making it difficult to assess how well areas are being managed and if foreign fleets are intruding into national waters. In other areas, such as East Asia, there are many disputed borders. Combined with limited data about where fishing is occurring, this makes it difficult to forge agreements to manage fish stocks. Moreover, these non-broadcasting vessels—sometimes referred to as “dark vessels”—are more often engaged in illicit activities than those that broadcast their positions. Of the few hundred vessels on the illegal, unreported and unregulated vessel list, only a handful broadcasted their positions over AIS in the past two years. A review of about 200 vessels with reported cases of forced labor showed that only about a quarter broadcasted AIS. In recent years, the largest cases of illegal fishing were by fleets that mostly did not use AIS. We desperately need ways to monitor the activity of these vessels.

We are applying modern machine learning techniques to global feeds of freely available satellite imagery showing these vessels. In addition to extracting the locations of vessels from NASA’s Visible Infrared Imaging Radiometer Suite sensor, we are focusing our initial work on two European Space Agency satellite constellations, Sentinel-1 and Sentinel-2. The Sentinel satellites image the global coastlines multiple times per month, supplementing the picture that we get from AIS. Sentinel-1 uses Synthetic Aperture Radar (SAR) to image the earth’s surface, allowing it to see through clouds and estimate vessel size as well as presence. Meanwhile, Sentinel-2 can sense 13 optical bands, of which we use four. While it cannot penetrate clouds, Sentinel-2 can estimate vessel speed and course, in addition to vessel size. By combining these data sources, we can build up a picture of the distribution of boats, including their size and speed. These satellites have a resolution of 20m and 10m respectively, which lets us see the majority of vessels whose length is greater than 15 meters.

In addition to these free data sources, we use commercial satellite radar imagery and optical data in areas where free coverage is not adequate or we need higher resolution, and we are continuing to explore new ways to detect vessels. Future work will also draw on other free imagery from NASA, including the Landsat mission.

By combining these distributions with AIS in regions where we have good AIS coverage, we can develop models that infer where fishing is likely occurring even in regions where coverage is poor—such as Southeast Asia or North Africa. The end result of this work will be a global, near-real time map of human activity at sea for industrial vessels.

BACK TO RESEARCH PROJECTS 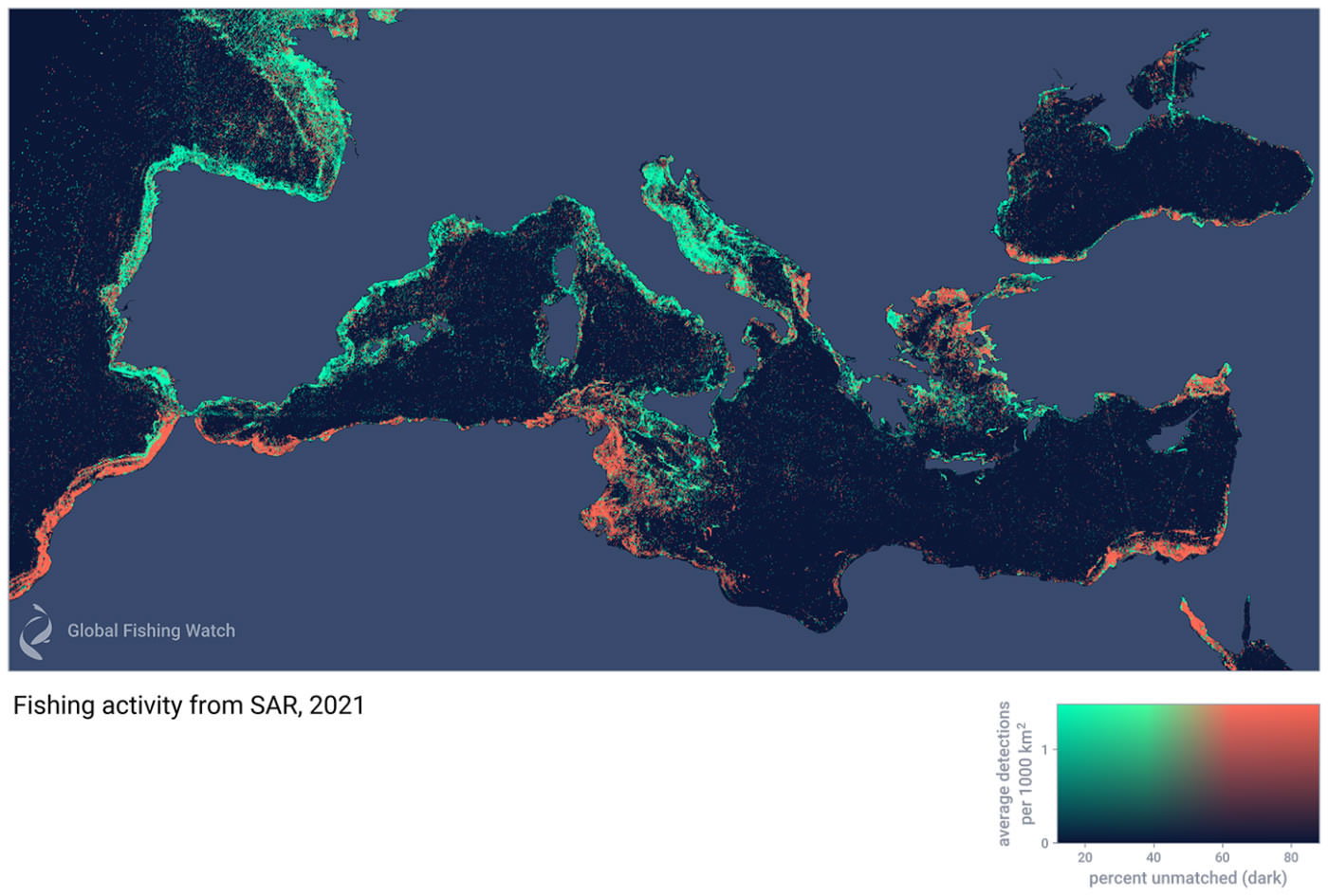 Global Fishing Watch data helps researchers link shipping traffic to whale shark fatalities The whale shark is the world’s largest fish, with adults weighing up to 5,000 pounds and reaching up to 20 meters in 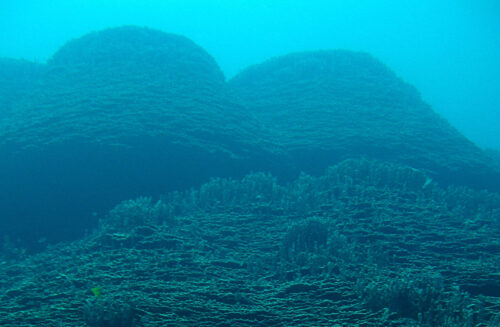 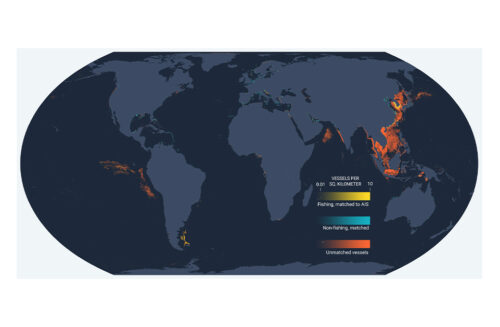 New Global Fishing Watch technology merges nighttime images with GPS datasets to observe vessels not broadcasting their positions When the sun sets, human activity on the ocean goes on. And every night, satellites snap a