The MV NIKA was detected near Argentina’s EEZ in April 2019. According to Indonesian crew members’ information, it fished but hauled no catch. The vessel was then tracked in the highly protected waters of South Georgia and the Falkland Islands (islas Malvinas) in late May and early June. Its activities raised suspicions – the waters are overseen by arguably the world’s best run multi-national fisheries management body, the Commission for the Conservation of Antarctic Marine Living Resources (CCAMLR). The vessel was intercepted and inspected. It was found with deep water species, soft corals and other marine products onboard, but no bulk catch. The vessel was then expelled from South Georgian waters, and it was at this point that it struck the iceberg. Luckily for the crew, it was not a fatal encounter. But it still sealed the MV NIKA’s fate. 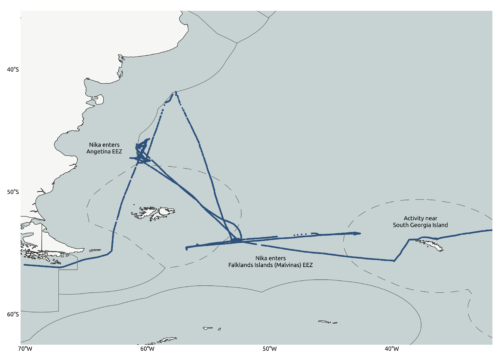 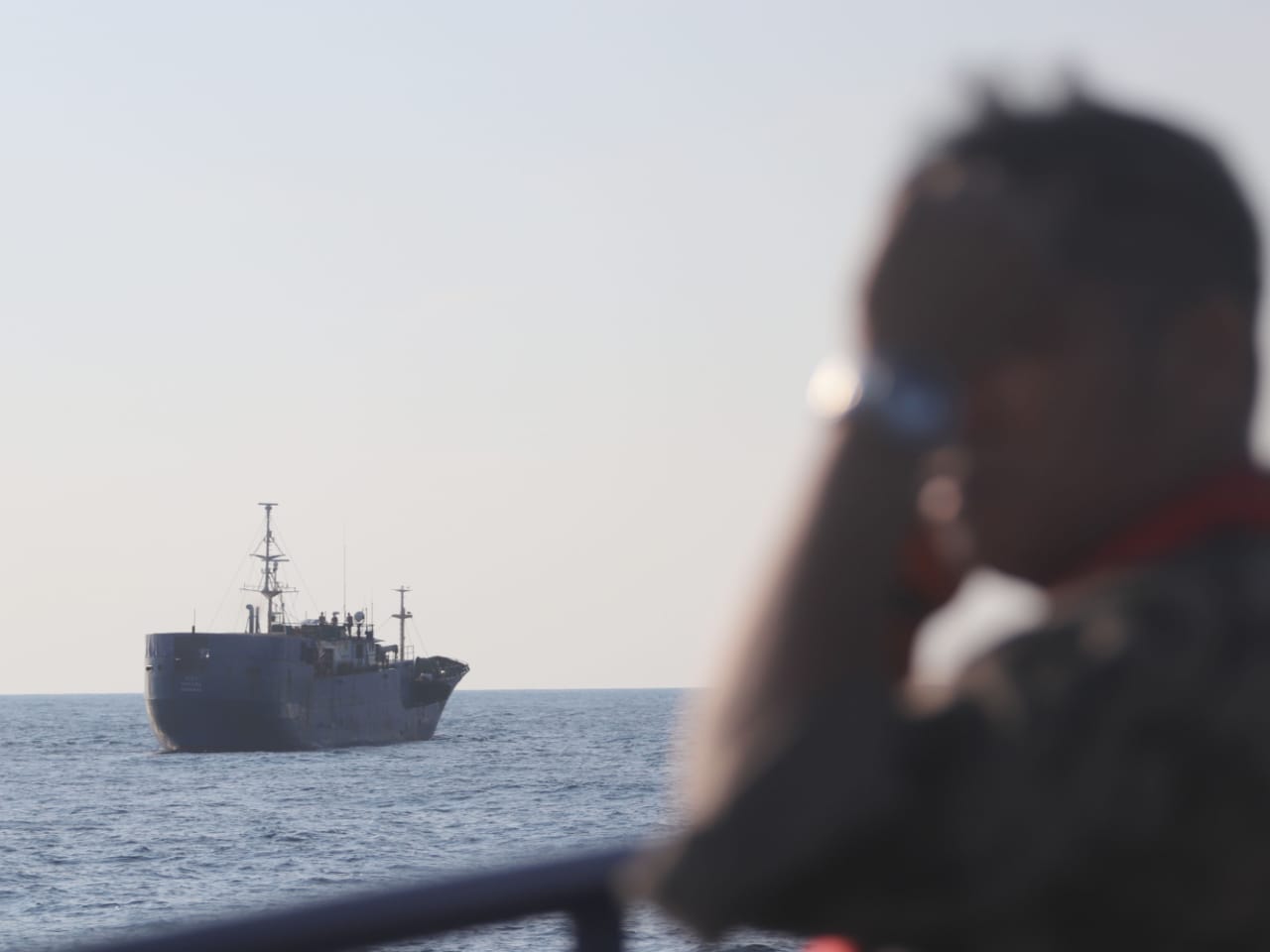