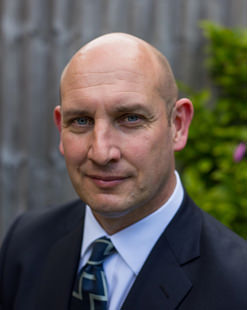 I’ve followed with interest the recent interception by the Indonesian navy of the F/V STS-50, a stateless toothfish fishing vessel carrying 600 illegal gillnets.

The F/V STS-50 is a known Patagonian and Antarctic toothfish poacher that has operated under a number of different names and flags. It was blacklisted by Commission for the Conservation of Antarctic Living Marine Resources (CCAMLR) in 2016 and subject to an INTERPOL Purple Notice for Illegal, Unreported and Unregulated (IUU) fishing.

The arrest of the fugitive vessel marks the end of an incredible three-week-long trans-Indian Ocean chase, where the coordinated efforts of Fish-i Africa, Interpol, Sea Shepherd, Tanzanian and Indonesian authorities, among others, finally succeeded in apprehending this notorious illegal fisher.

Although ultimately successful, this sort of operation is hugely expensive and resource intensive. It throws up important questions about what more can be done to stop rogue vessels before they’ve plundered the ocean, unpunished, for many months if not years. Is there another way, a method that ensures this sort of operation is a rarity, and where the burden of proof lies with the vessel master or owner in demonstrating their compliance?

The F/V STS-50 had previously been detained by China but escaped and was detained in the port of Maputo in Mozambique for presenting authorities with forged certificates of registration that claimed she was flagged to the Republic of Togo.

After escaping detention again, Mozambique requested assistance from all Fish-i Africa member countries for help in apprehending the fugitive vessel. Fish-i Africa is a partnership of eight East African countries – including Comoros, Kenya, Madagascar, Mauritius, Mozambique, Seychelles, Somalia and the United Republic of Tanzania – that fosters cooperation and transparency to combat IUU fishing.

A Sea Shepherd vessel with enforcement agents on board from Tanzania’s Deep Sea Fishing Authority, Tanzanian Navy and the Multi-Agency Task Team (MATT), was tasked to intercept the F/V STS-50. For several days, they pursued the vessel through the waters of the Seychelles. Evidence gathered during the chase was shared with Indonesian authorities, adding to the intelligence that allowed them to successfully intercept and arrest the vessel.

Along with other agencies and organisations, Global Fishing Watch (GFW) is helping the Indonesian authorities understand and verify the vessel’s movements before its capture, including where it has fished, ports visited and where potential transshipments took place.

Using our analysis of publicly broadcast Automatic Identification System (AIS) signals from the vessel, we are able to verify the vessels’ movements leading up to its capture, as shown in the map online. The red line shows the vessels tracks, starting in December last year in Southeast Asia and travelling back and forth across the Indian Ocean, stopping in Madagascar and Mozambique, until capture in Indonesian waters in April this year.

It’s not clear from vessel tracking data whether the STS-50 was active in Indonesian waters prior to its capture. The vessel was not in the Indonesian vessel monitoring system (VMS) and it had been manipulating its AIS system in an attempt to mislead authorities.

The satellite-based AIS that we use for tracking vessels is a radio transmission system in which a ship sends a coded message that can be picked up by satellite and land-based receivers. The code includes information about a vessel’s identity such as its name, ship type, size and call sign. The messages also include a nine-digit Maritime Mobile Service Identity (MMSI).

Although each vessel is assigned a unique MMSI number, in practice some vessels use the wrong number, or use the number of another vessel. This means that all throughout the oceans, multiple vessels are simultaneously broadcasting the same MMSI number, making them indistinguishable from one another without closer inspection. This is called spoofing. Spoofing can be quickly spotted but it can be very time consuming to pull out an individual vessel’s track particularly when vessels broadcasting with the same MMSI are close together. Fortunately, a segmentation step in our data processing pipeline breaks up spoofing positions into individual tracks very likely to be from the same vessel.

Even with the aid of GFW’s data processing tools, due to gaps in the AIS data and poor reception in busy shipping lanes that trouble anyone trying to exploit AIS tracking in this region, it isn’t possible  to accurately follow the activity of the vessel once it entered Indonesian waters. In circumstances like these, the best thing you can do is revert to position prediction and get another vessel involved to shadow or board. Cue Sea Shepherd and the Indonesian Navy! 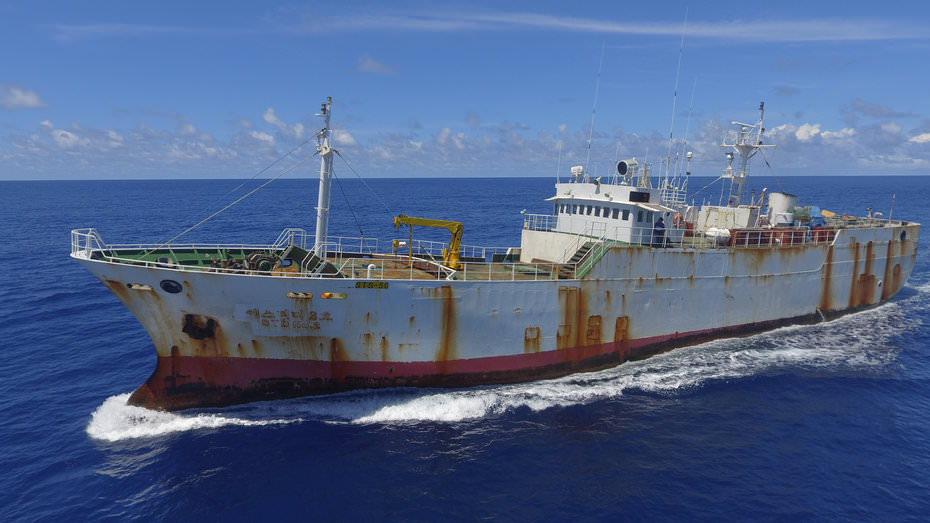 The ocean chase and subsequent arrest of the F/V STS-50 demonstrates what is possible when governments, law enforcement and civil society pull together to catch an illegal operator. This sort of cooperation is vital to stop illegal fishers slipping between borders and jurisdictions.

That said, a remarkable number of hours and resources have been invested by a multitude of organisations, enforcement agencies and analysts to help bring one rogue vessel to justice – supposing that justice is actually served. It is a laudable effort and notable among similar, much needed efforts to apprehend the F/V Thunder and her fellow Bandit 6. It is, however, hugely costly and intensive, and a task that is not readily replicable at the scale needed to tackle the global IUU fishing challenge.

There is no doubt in my mind that a major part of the solution lies in transparency in fishing operations. How is it that a blacklisted vessel has been able to run and hide for so long? And how has it been able to keep fishing and landing its catch around the world?

Transparency breeds self-correcting behaviour. It allows ports to rapidly understand a vessel’s activity and reward compliant vessels with swift landings and minimal delays in port. It means vessels that we know to be compliant can continue to fish responsibly. Those that arrive in port with a patchy history, and no clarity to their actions, can be easily identified by ports and placed in the queue for further inspection. This is costly to the non-compliant fisher but efficient for the port.

Transshipment activity must also be carefully considered. Fishing boats and refrigerated cargo vessels meet at sea to transfer catch, a practice that can provide cover for illegal fishers to stay at sea and continue to plunder. Transshipment is known as an achilles heel in fisheries governance because it creates, in effect, ports without controls.

Governments and buyers can benefit greatly by demanding transparency. It is a simple and cost effective ask that authorised vessel lists are made public along with the vessel tracking –  AIS, VMS or other systems. It means good behaviour is rewarded, monitoring is cheaper and more effective, and bad actors stand out more clearly and can be penalised appropriately.

We must cut the lifeline that is keeping illegal operators afloat. Through greater transparency we can pull together to put unscrupulous operators under the spotlight and out of business before they do real harm.