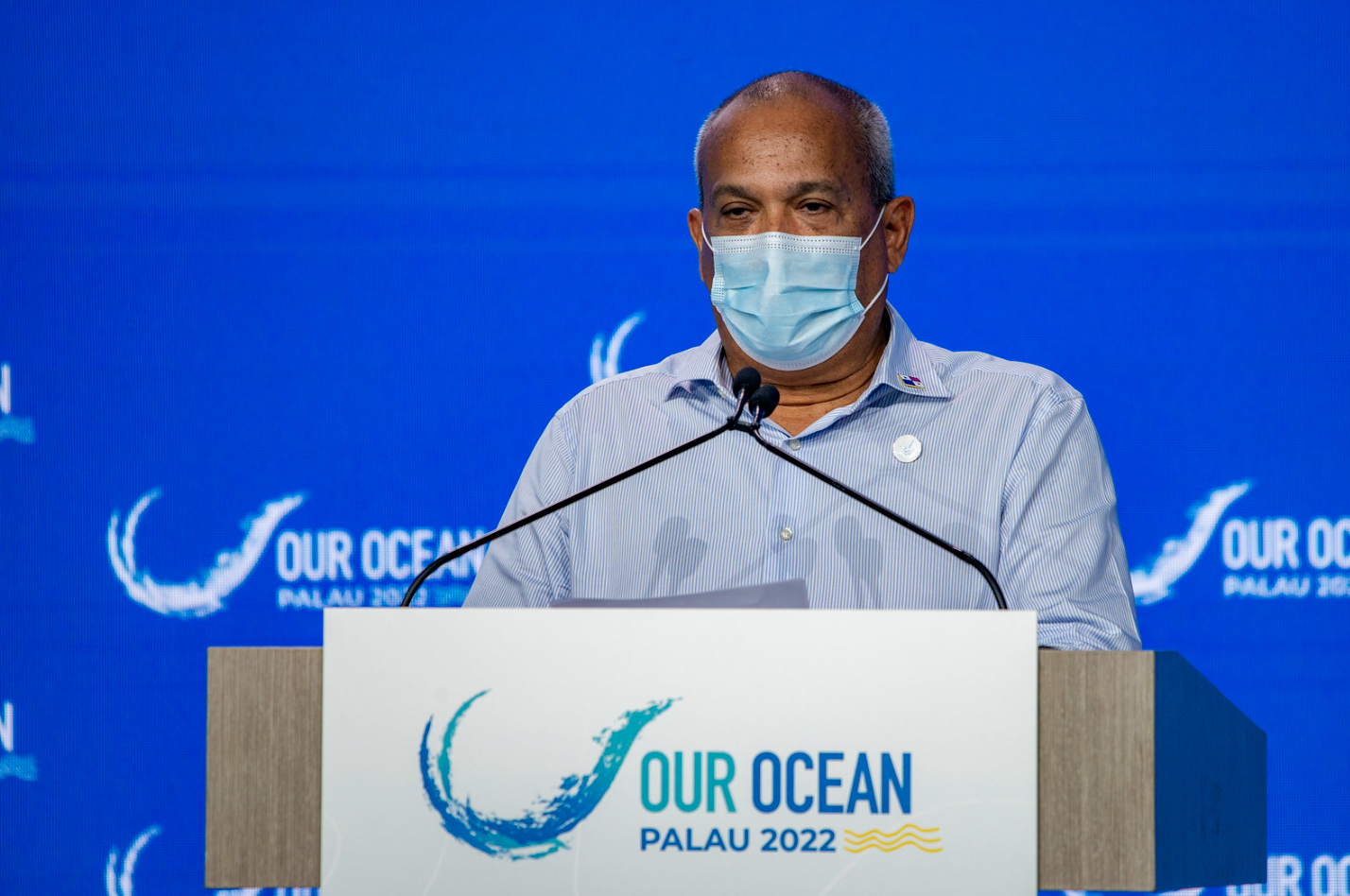 With the global ocean under unprecedented pressure from overfishing, climate change, pollution, and habitat destruction, this week leaders in government, business, and civil society gathered in Koror, Palau for the Our Ocean Conference, one of the world’s leading forums to rally international support for marine conservation efforts.

Many of us in attendance had the opportunity to see some of the western Pacific island nation’s most remarkable natural features firsthand (lagoons teeming with jellyfish, pristine coral reefs, and sandy white beaches), and earned a greater appreciation for the vulnerability highly ocean-dependent economies face from climate change and marine degradation.

But, importantly, a main focus of the discussions was the proven steps many nations have already taken to build resiliency in marine ecosystems in the face of warming ocean temperatures, such as new marine protected areas, area-based management, and other protections for coastal and reef ecosystems. Such actions stand ready to be scaled up and applied elsewhere.

As the next conference host, Panama has chosen “transparency” to be a main element of the meeting and we will draw on our country’s unique perspective as home to the Panama Canal and the world’s largest vessel registry (some 20 percent of all international ships) to share our experiences.

With around 14,000 vessels passing through the canal each year, we are acutely aware of the vital role transparency plays in ensuring the sustainability of global shipping and fisheries.

In fact, in 2019, Panama became the third country in the world, and the first in Central America, to make its vessel monitoring system data public, showing the movements of around 350 cargo and fishing vessels. The program has already proven itself as a valuable enforcement tool to strengthen analysis of our vessel registry, especially the fishing and fishing-related activities of vessels.

The use of innovative technology and data also holds tremendous promise in the fight against illegal, unreported and unregulated (IUU) fishing as the world works to expand marine protections to 30 percent of the global ocean by 2030.

For instance, Panama recently expanded the limit of the Cordillera de Coiba marine protected area from 17,220 to 98,230 square kilometers, a vast expanse of ocean that would be impossible to safeguard without the use of such technologies. We are encouraging participants in the 2023 conference to embrace new commitments that support transparency actions and the innovative use of technology and data to combat IUU fishing, overfishing and marine degradation.

According to a recent analysis, the first six conferences resulted in over 1,400 commitments worth more than $91.4 billion and at least five million square miles of protected ocean.

Now, as the conference moves across the Pacific Ocean to the gateway of global trade, and the bridge of Central America and South America, we are reminded that, like climate change, the ocean crisis is too big for any nation to tackle on its own. The international event is one of the best opportunities we have to draw on our collective strengths and experiences to make real progress as nations whose fates are bound together by an ocean environment that sustains us all.