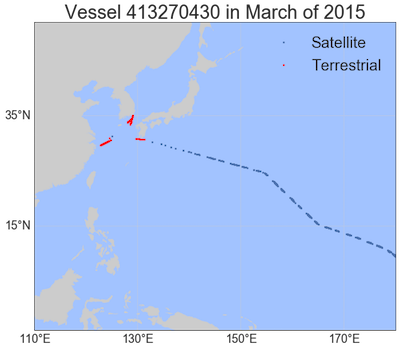 On the map above, you will see that the blue dots are clustered with sizeable gaps between these clusters. These gaps occur because the satellites aren’t always overhead. You’ll also notice that the frequency of blue dots decreases as the vessel approaches the coast of Asia. 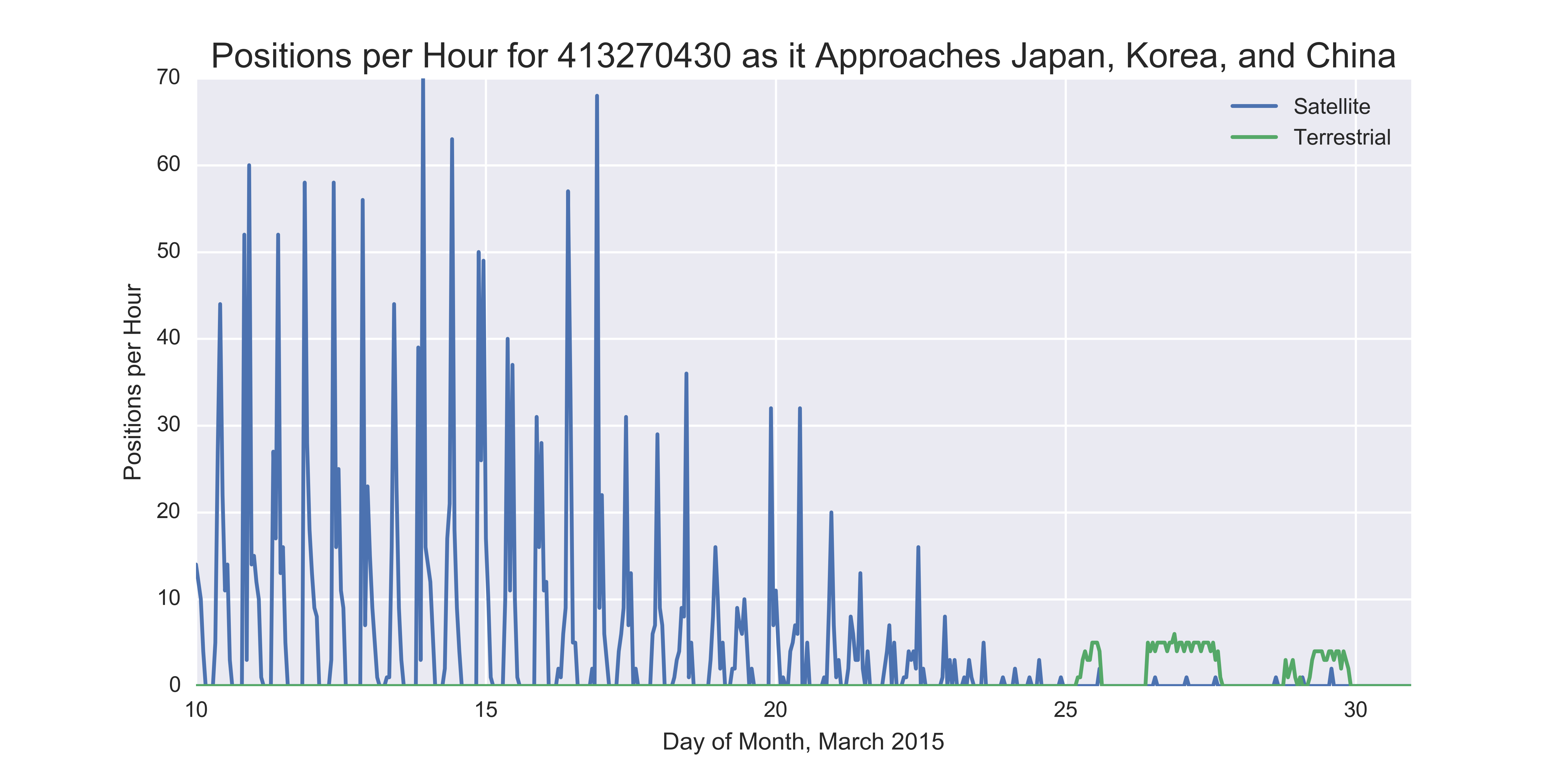 The number of positions received by satellite per hour decreases as the vessel approaches Asia. The reason is that a satellite can only receive so many AIS messages at once. Close to the coast of Asia, there are so many vessels that each vessel is “seen” less frequently by the overhead satellites.

The terrestrial antennas don’t have the same problem as the satellites, partially because a terrestrial receiver is affected by only the vessels close to it. Terrestrial antennas “see” a much smaller area of ocean and therefore receive fewer signals. A satellite can receive messages from a swath of ocean a few thousand miles wide, which means signals from the entire coast of Asia can interfere with each other.

The upshot is that in parts of the world where there are numerous vessels with AIS, such as in this example near the coast of Asia, satellites provide less reliable coverage of our vessels. Terrestrial antennas, on the other hand, provide a fairly reliable ability to track vessels, but they are limited in their range.

You can see the code used to generate these maps in the original post on our data blog.

There is much more data, code, and description of our process on our data site for researchers and software engineers.