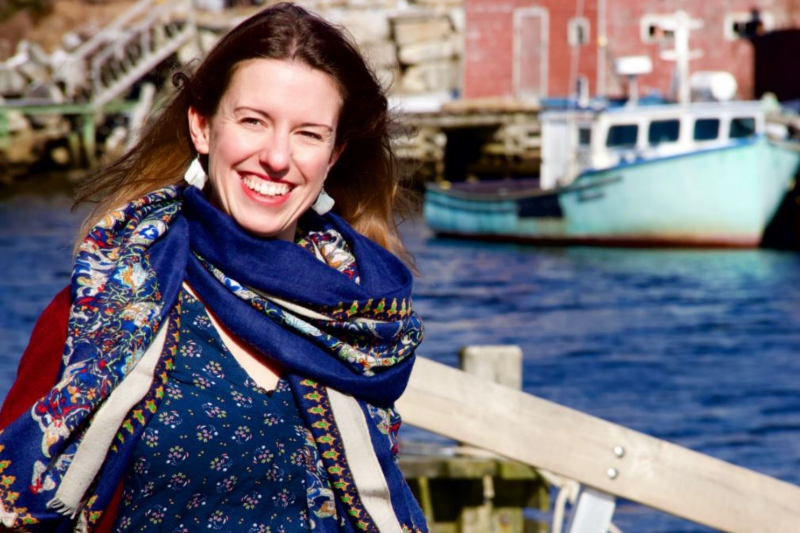 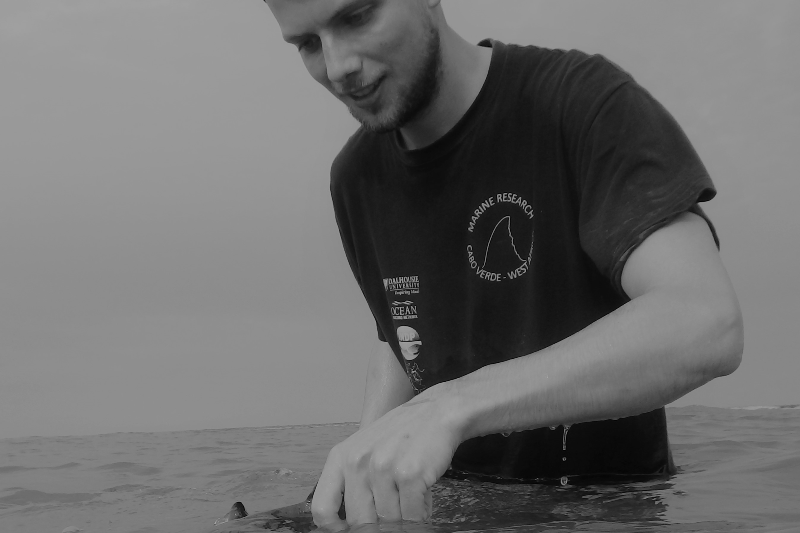 Sometimes the key to answering an interesting research question is right in front of our eyes – or, in this case, right behind our back. Working on our individual Ph.D. projects for more than 4 years sitting back to back in the same room, we’ve been mostly lost in our own worlds containing sharks, in Manuel’s case, or AIS data and marine protected areas for Kristina. Until, one day, and fuelled by copious amounts of coffee, we had an idea: Can we combine the AIS vessel tracking data provided by Global Fishing Watch with data on Marine Protected Areas (MPAs), and scientific survey data on elasmobranchs (sharks, rays, and skates) to learn more about the relationships between fisheries, conservation, and threatened species? Previous research has shown that elasmobranchs are of major conservation in Europe, so we decided to focus on the waters of the European Union (EU), one of the most heavily fished areas in the world that also contains one of the world’s largest protected area networks, covering up to 29% of territorial waters.

Combining our knowledge, we started to explore how this network of MPAs is working out for elasmobranchs. Most people, upon hearing the term “protected area” probably envision an area safeguarded from harm and destructive activities, such as hunting and logging on land, and fishing and drilling for oil and gas in the ocean. In reality, however, this is not always the case. While about 2% of the global ocean is strongly protected (www.mpatlas.org), many MPAs are actually open to various forms of industrial extraction. In the EU, fishing, including the use of damaging gear types such as bottom trawls, is allowed in the vast majority of MPAs. Elasmobranchs are highly sensitive to exploitation and are often the first species to disappear and the last to recover from impacts such as fishing. When we analyzed the distribution and abundance of 20 elasmobranch species in part of EU waters as well as their overlap with protected or fished areas as seen from AIS data provided by Global Fishing Watch, a series of surprises ensued. 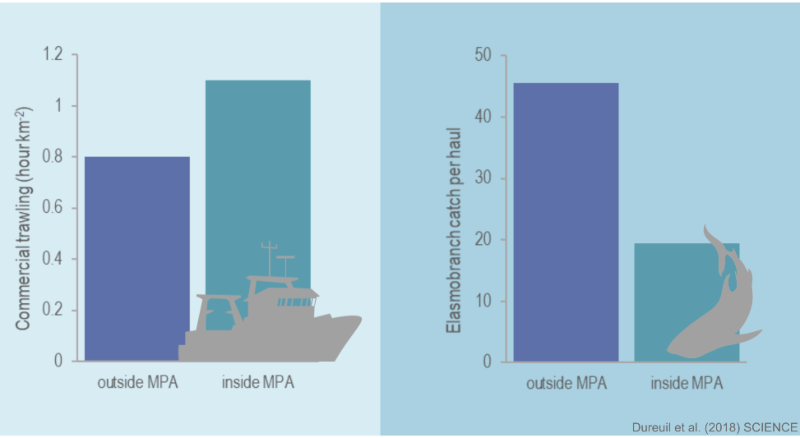 When we discovered that the intensity of trawling in our data was 1.4 times higher within MPAs than outside, we were stunned. We re-ran our analyses several more times. However, the result remained the same. Analyzing the AIS tracks of trawlers mostly 15 m and larger, we found that 59% of the 727 MPAs included in our study were fished in the year 2017. This was certainly not what we expected. While most MPAs in the EU were not designed to specifically protect elasmobranchs, they are designated and (supposed to be) managed to protect biodiversity. We found that species such as the spiny dogfish, the common skate, and the tope shark as well as other elasmobranchs had declined up to 69% in heavily trawled areas, making MPAs with high trawl intensity ineffective for these and other sensitive species.

We also discovered some good news in our data. Some sensitive and threatened elasmobranchs appear to recover in areas that are unfished, or only lightly trawled. Thus, MPAs that limit fishing within their borders can be a valuable tool of marine conservation. However, a lack of common standards of protection appears to undermine their effectiveness for elasmobranchs in the EU and likely elsewhere. Out of the 727 MPAs we looked at in this study, more than half did not report a management plan, and more than 90% were not classified according to international standards set by the International Union for the Conservation of Nature (IUCN). Similar to safety standards for food or cars, a protected area should have minimum standards to be called a protected area. And according to IUCN guidelines, such minimum standards should limit industrial activities inside protected areas.

While our findings are surprising, they point towards a larger pattern. On land, researchers estimate that about 1/3rd of all protected areas are under intense human-use pressure, compromising conservation outcomes. This highlights that, while we need to be talking not just what to protect and where, we need to also consider HOW.

Read the study in SCIENCE.