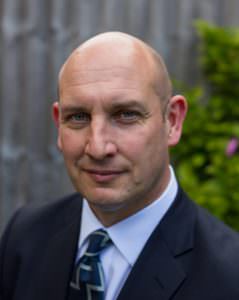 In early June of this year, at the first United Nations Ocean Conference, something unprecedented happened in the fight against illegal, unreported and unregulated (IUU) fishing. Convinced by the Global Fishing Watch vision of increasing transparency on the world’s oceans, the government of Indonesia turned its proprietary vessel monitoring system (VMS) data over for publication on the Global Fishing Watch public site. It is the first such nation to have done so. At the same conference Peru committed to become the second. These steps are groundbreaking; it is an exciting time for me to take the helm of this organization.

To achieve sustainable management of ocean fisheries, many routes need to converge. For instance, my work at The Pew Charitable Trusts focused on enforcement and countering illegal fishing by engaging governments and the seafood industry to implement policy and close loopholes that bad actors can exploit. Pew’s project provided appropriate authorities with the confidence and the tools to act against those who did not comply. Vitally important for sure, yet alone it is not enough.

In my new role at Global Fishing Watch, I am geared to the route of improving transparency, an absolute imperative if IUU fishing is going to be reduced to the point it is no longer a threat to the environment. Transparency is driving change by promoting openness and honesty; transparency in fishing operations reassures the public of the provenance of the catch they consume and promotes self-correcting behavior in those making the catch. Indeed, it will significantly aid enforcement by helping make bad actors stand out from the expected norm.

Transparency is also critical to transforming the quality of science-based management by making it clear who is not accounting properly for their catch or landings. Fisheries scientists are also using the system to reveal patterns of fishing behavior and identify where fish are being caught and even by which methods. This will significantly improve the understanding of the human role as the ocean’s top predator. Absent such information, too many assumptions about fishing patterns and practices are skewing our understanding of how much fish we are taking from the ocean. This, in turn, hinders efforts to advance science-based modeling, develop well-founded catch-based management strategies and maximize the effectiveness of Marine Protected Areas (MPAs).

Global Fishing Watch offers a public facing platform to demonstrate good transparency and shine a light on where data is missing. It can provide a clear picture of where the resources are being extracted, and it can be used to inform policies that promote sustainable fishing. As an example, marine ecologist Henri Weimerskirch from the French National Center for Scientific Research used Global Fishing Watch data to demonstrate the intersection of fishing vessels with seabird migration patterns. Further to this is the work of researcher Neil Hammerschlag who is using Global Fishing Watch at the University of Miami’s Shark and Research Conservation Program to track fishing activity in core habitats of endangered species vulnerable to bycatch.

It is important to remember what is at stake: the livelihoods and food security of millions of coastal residents that depend on healthy fish populations and marine ecosystems. Seafood, from both wild and farmed sources, accounts for nearly $150 billion in global trade per year. It is the most valuable food commodity in the world, and although many governments, fisheries authorities and conservation groups are making real progress in the fight to reduce IUU fishing and conserve marine ecosystems, there is much work to be done. IUU fishing is still estimated to account for up to $23.5 billion worth of seafood each year. Overfishing resulting from poor enforcement, a lack of science-based management strategies and inadequate global governance is estimated to reduce global fisheries production by $83 billion.

In the short time since the platform launched, Global Fishing Watch has already:

Guided by the United Nations Sustainable Development Goal 14, (SDG-14) world leaders are charged with the responsibility of driving the global community toward the common goal of actionable plans to protect the oceans and ocean ecosystems. SDG-14 calls for the sustainable management of resources, ending IUU fishing and harmful subsidies, science-based fisheries management and the conservation of at least 10 percent of the world’s coastal and marine areas by 2020. A global system based on transparency should underpin such ambition and should drive success by making clear who is complying and who is not, who is taking advantage of the poor governance and who is having the advantage taken from them.

When I look at Global Fishing Watch, I see more than a transparency and public education platform; I see the ultimate collaboration tool that can bring many facets together in order to put illegal fishers out of business.