It is hard to get more remote than Tristan da Cunha. The eponymous main island of this volcanic archipelago sits more than 1,700 miles (2,750 kilometers) east of Cape Town, South Africa, and more than 2,500 miles (4,000 kilometers) west of Buenos Aires, Argentina, making it the most remote permanent settlement on Earth. Tristan, a British overseas territory, also boasts rich marine biodiversity, including numerous species of whales, sharks and dolphins, rock lobster, octopus and teeming schools of tuna, squid and other fish. This bounty helps sustain a variety of seabirds, including the critically endangered Tristan albatross, and endangered Atlantic yellow-nosed albatross and northern rockhopper penguin.

So when the Tristan territorial government committed in 2020 to designate 91 percent of its waters—covering 429,000 square miles (690,000 square kilometers)—as a marine protection zone, Global Fishing Watch, in partnership with the Pew Bertarelli Ocean Legacy Project, reached out to help.

“This is the fourth-largest fully protected marine reserve on the planet,” said James Glass, chief islander of Tristan da Cunha and director of fisheries for its government. “And we’re a small island community in the middle of the Atlantic Ocean with no patrol vessels and limited internet connectivity. So a key challenge was to ensure that our newly designated protections were not being compromised by illegal fishing.”

Through the U.K. government’s Blue Belt Programme, which supports the establishment of marine protected areas in select U.K. overseas territories, Tristan da Cunha is provided with monitoring support to address certain activities within its marine protected area, such as illegal fishing. Tristan also has a series of scientific collaborations, including a long-term relationship with the Royal Society for the Protection of Birds (RSPB), that helps gather data on the ocean and terrestrial ecosystems. But Glass still saw the need for complementary satellite monitoring and data gathering on the archipelago’s waters.

So when Global Fishing Watch told him about Marine Manager and asked if Tristan da Cunha would want to sign on as pilot partner for the portal, Glass said yes.

A tool to revolutionize ocean monitoring

The timing proved to be ideal because Global Fishing Watch was beginning to develop its Marine Manager tool, an innovative online portal that draws on satellite data to help a wide variety of officials, authorities and other interested parties to better monitor the ocean. The portal was specifically designed to help strengthen management of marine protected areas (MPAs) and what are known as “other effective area-based conservation measures,” or OECMs. These are areas that might be set aside for a non-conservation purpose—cultural preservation, for example—which in turn safeguards biodiversity, even though that was not the main goal of the protection.

In short, the marine manager portal hosts diverse datasets and analysis tools to support ocean stewardship and marine spatial planning. This gives users the ability to dynamically monitor and conserve marine ecosystems in a single platform, all at no cost to them—and accomplish in minutes or hours what used to take days, weeks or months to do.

The portal achieves this by allowing individuals to access and rapidly analyze a wide range of vessel and oceanographic data across huge expanses of the ocean, putting scientific information at the fingertips of managers, researchers and others. These tools include pioneering capabilities such as the ability to overlay vessel activity and position information with environmental datasets—including sea surface temperatures, salinity levels and more—and to monitor vessels involved in commercial fishing and other activities, such as tourism, shipping and oil drilling.

And with the December 2022 release of Marine Manager, users have access to greater global datasets, powered by Google Earth Engine; the ability to track and analyze groups of vessels; and far greater accessibility to monitor their area of focus, anywhere in the world. This will enable more people to access and use Global Fishing Watch data and insights, promote greater collaboration and sharing among researchers, policymakers, and other stakeholders, and help to build a broader and more comprehensive understanding of global fishing patterns and trends to implement and improve management.

The many ways Marine Manager can improve ocean governance

The global applications for such a dynamic monitoring tool like Marine Manager are multifold—and growing. These include: 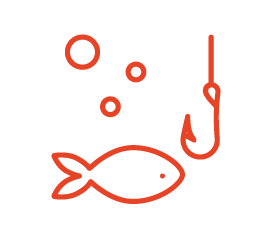 Monitoring existing MPAs to determine how much, if any, legal and illegal fishing or other prohibited activity may be occurring within them. 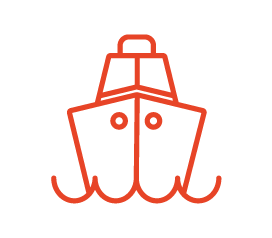 Scoping sites for potential areas of focus to learn the types and volume of vessel traffic—current and over time. 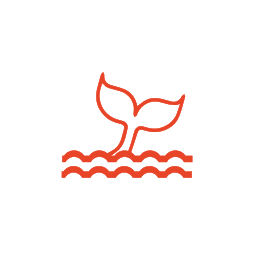 Mapping changes in environmental and biological conditions to help anticipate shifts in marine life, which could have major implications for national and international fisheries. 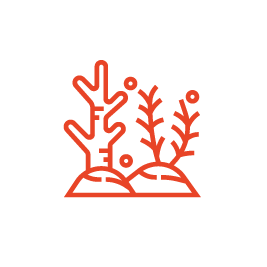 Monitoring coastal ecosystems, such as mangroves, seagrass meadows and wetlands for changes that might trigger the need for new policies.

Each of these applications is critical today because our entire global ocean faces mounting threats, from overfishing and illegal fishing to pollution, increased shipping traffic, climate change and coastal development. This is why, in 2010, the United Nations set a target of protecting 10 percent of the ocean by 2020. Sadly, today less than 8 percent of the ocean is safeguarded through MPAs or OECMs, with less than 3 percent covered by fully or highly protected areas.

And while numerous governments and intergovernmental bodies have made sincere efforts to improve this protection, many of the problems persist due to a lack of open, timely and user-friendly data to inform policy and enforcement on the water.

Which is why wide adoption of Marine Manager now can help, by combining and visualizing near real-time, dynamic data on ocean conditions and human activities and their impacts.

During the pilot phase of Marine Manager, Global Fishing Watch worked with governments to test the portal in seven regional sites: Guyana; the Galápagos Islands—one of the most biologically diverse marine reserves in the world; the Mediterranean Sea; the Black Sea; Tristan da Cunha, a remote archipelago in the South Atlantic Ocean; Ascension Island, also in the South Atlantic; and Niue in the South Pacific.

In Tristan, Glass said the use of Marine Manager has helped the community “dig deep into specific issues and risks to our ecosystem and way of life,” a reference to the commercial rock lobster fishery and the fact that many of the islands’ 246 residents rely on a healthy ocean for subsistence fishing. Since 2011, the rock lobster fishery has been certified as sustainable by the Marine Stewardship Council due to responsible management by the islanders. Glass added that the tool greatly expanded monitoring coverage, and through its visualization and satellite data analysis features, helped Glass gain a better sense of what was happening on the water.

“In one instance, the tool was able to identify probable illegal fishing,” he said, explaining that the analysis team used the marine manager portal to detect a cluster of seven squid jigger vessels, flagged to an Asian country, moving slowly and using lights associated with squid fishing within the Tristan da Cunha marine protection zone.

Further, Marine Manager allowed Glass “to evaluate the extent to which our ‘areas to be avoided’ are being respected by merchant vessels” and identified ports of origin for the vessels that most often ignored the restricted zones. Tristan designated its “areas to be avoided” to protect sensitive habitat, minimize conflicts with local boats, help vessels avoid shoals where they might run aground and ensure safe, rapid response in the event of an emergency.

He added that both the portal and the Global Fishing Watch team helped him determine changing trends in regional tuna movements. In that case, the tool revealed that longline fishing activity was densely concentrated—and rising—in a small area to the south of the islands and less-tightly packed, and waning, in a larger area to the north. The data also showed fishing activity in both areas peaking from April through July. The portal illuminated other trends, and helped the community get rapid answers to questions, in contrast to the slower approach that would have to be followed through the International Commission for the Conservation of Atlantic Tuna, which oversees high-seas tuna fisheries in the region.

In another specific example, Glass shared that Marine Manager “helped us evaluate key risks to our albatross populations through researching fishing activity in the high seas surrounding our EEZ.” In that case, they used the tool to identify which flag States—among all the foreign-flagged longline fishing vessels setting lines at night—were most likely to snare albatross as bycatch. Such incidents, which happen when the birds dive for baited hooks as they are sinking, kill scores of albatross every year and are a major reason that the median estimated population of the critically endangered Tristan albatross has declined from 9,795 to 7,752 since 2004.

This revelation came from a new machine-learning algorithm developed between Global Fishing Watch research team, RSPB and BirdLife International that can determine whether a vessel is setting or hauling its lines, a key distinction since albatross are far more likely to dive on lines immediately after setting.

“Having a tool through which we can monitor our EEZ for vessel and potential fishing activity—from a computer on our island—is extremely useful,” Glass said. To date, Tristan da Cunha has faced mostly isolated incursions of illegal fishing. But with industrial fleets traveling farther from port and staying at sea longer than ever before—coupled with dwindling fish populations in many parts of the world—Glass and other experts believe it is only a matter of time before even this remote area could see much higher levels of illicit fishing activity.

Regardless of how and when that possibility plays out, Glass expects Marine Manager to become an even more important component of Tristan’s fisheries management strategy. “We hope that Marine Manager will become a tool through which my colleagues and I can share data and encourage others, such as scientists, to collaborate with us and each other, with the goal of keeping these waters and all the life within them thriving for the long-term,” he said.

BACK TO MARINE MANAGER

A wave of ocean action shows opportunities for greater transparency toward marine governance 2022 dawned with even more uncertainty than most years. With COVID-19 lingering, it was unclear if the ocean conservation and fisheries management

Latest release of online tool will help more people monitor and manage greater expanses of the seas In our brief but exciting history working to shed greater visibility on what’s happening on the ocean, we’ve

Global Fishing Watch tools offer a chance for balance where oil and ecosystems cross paths For centuries, the numerous rivers and creeks that make their way to the Atlantic have acted as roads in the 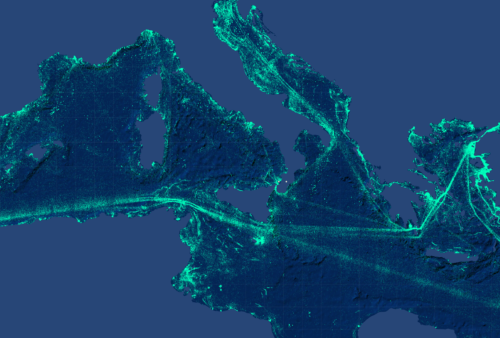