This post has been adapted from “Updated Vessel Lists 0.2”  which appeared on our Data Blog for researchers and software engineers by David Kroodsma.

Automating the process of identifying all industrial-scale fishing activity in near-real time on a global scale through AIS data is something that’s never been done. Inventing something new often means first inventing and building the tools you will need to even begin. In our case, that meant creating a list of all the active fishing vessels around the world. Believe it or not, that did not exist.

So we’ve been developing it, and we continue to refine it. Of approximately 300,000 vessels broadcasting their location via AIS every year, several tens of thousands are industrial fishing vessels. Some identify themselves as such in the AIS messages they broadcast. Some don’t. Some go out to fish. Some stay in port. We have to determine which ones actually belong on our list. You can find our vessel list on our data site.

According to our current algorithms, our fishing vessel list now includes about 95 percent of the global fishing effort that can be seen in AIS data. Here’s an overview of the progress we’ve made since we launched our first release in September 2016.

For the first release of Global Fishing Watch, we included only vessels that broadcast more than 1,000 positions in a given year and broadcast their identity as fishing vessels 100 percent of the time in their AIS identity messages. Over the past few months, through our continuing analyses and adjustments to our criteria, we’ve  identified another few thousand likely fishing vessels. 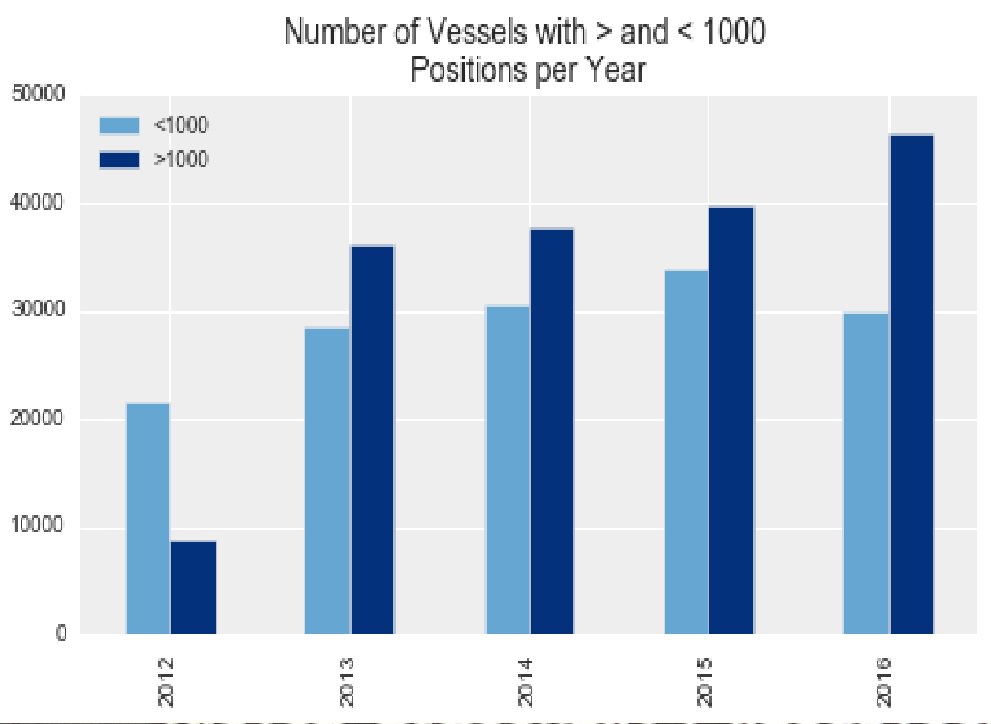 Expanding our view to vessels with fewer than 1,000 points has increased the number of fishing vessels we capture. It has also led us to other observations. Vessels with only a few hundred positions contribute very little to the total fishing effort and are extremely difficult to analyze. On the flip side, many vessels that broadcast lot of messages are not active. They sit in port all the time.

With regard to the second criteria–how often they identified themselves in their AIS messages as fishing vessels—we discovered that we needed to allow for AIS broadcasts to occasionally send a false identity. Largely due to human error when keying in AIS codes, a fishing vessel may say it’s a tug or a tanker or some other vessel type. By reducing the criteria to include vessels that identify as fishing only 99 percent of the time, we’ve added another few hundred boats to our list. 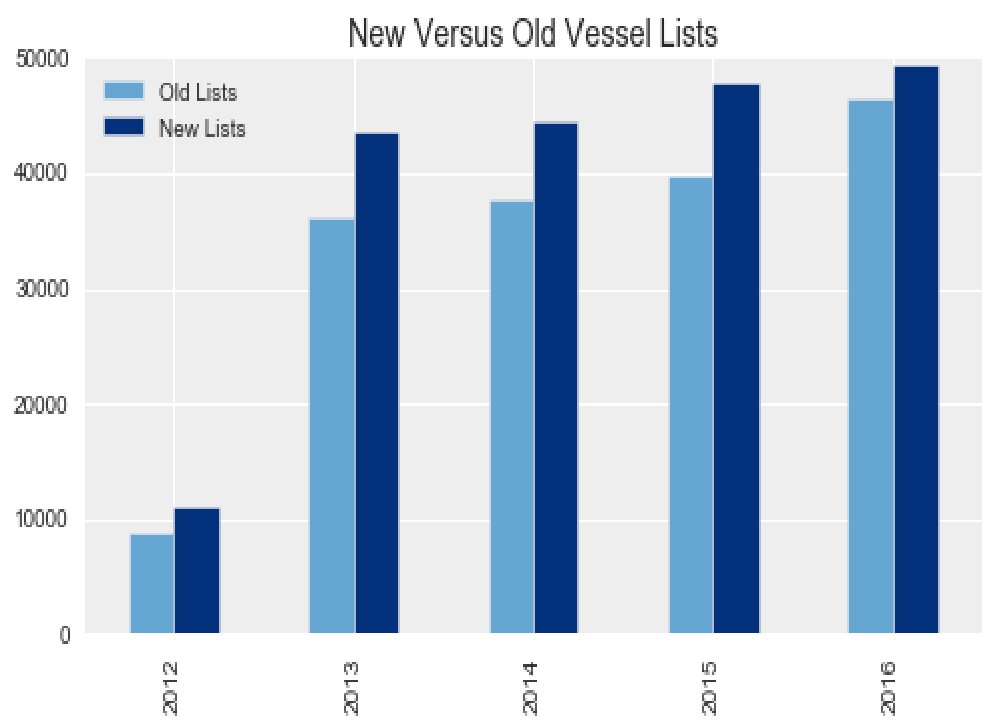 It’s worth noting that some vessels were removed from our first list. These are mostly vessels that just sat in port broadcasting AIS for most of the year. They had very few “active” points. So, we’ve removed some very inactive vessels and added a few thousand active ones.

For now, on the Global Fishing Watch public map we’ve excluded vessels that tend to be more difficult to identify and are more likely to have errors. In the future, we plan to include all of these vessels, and we are already doing so for several scientific analyses. Keep an eye on our data blog, where we will post about refinements to our list as they occur and provide more information about the vessels on it.

Lists of MMSIs and code used to create charts shown here are available on the data site version of this post.