Global Fishing Watch and the Case of the IUU Hotspots

Global Fishing Watch and the Case of the IUU Hotspots

When most people hear the term “criminology” they think Sherlock Holmes or CSI. Dr. Gohar Petrossian is a criminologist who studies something we at Global Fishing Watch know a little more about: Illegal, Unreported, or Unregulated (IUU) fishing.

“Global Fishing Watch data has been the key to these studies,”

In her pilot study using Global Fishing Watch, Petrossian investigated IUU hotspots in West Africa. First, she determined high crime areas at sea by considering over 40 factors, including proximity to ports, likelihood of illegal activity at these ports, location of highly valuable species, and more. Next, she used Global Fishing Watch data to determine where fishing actually happens and evaluate overlap with high crime areas. 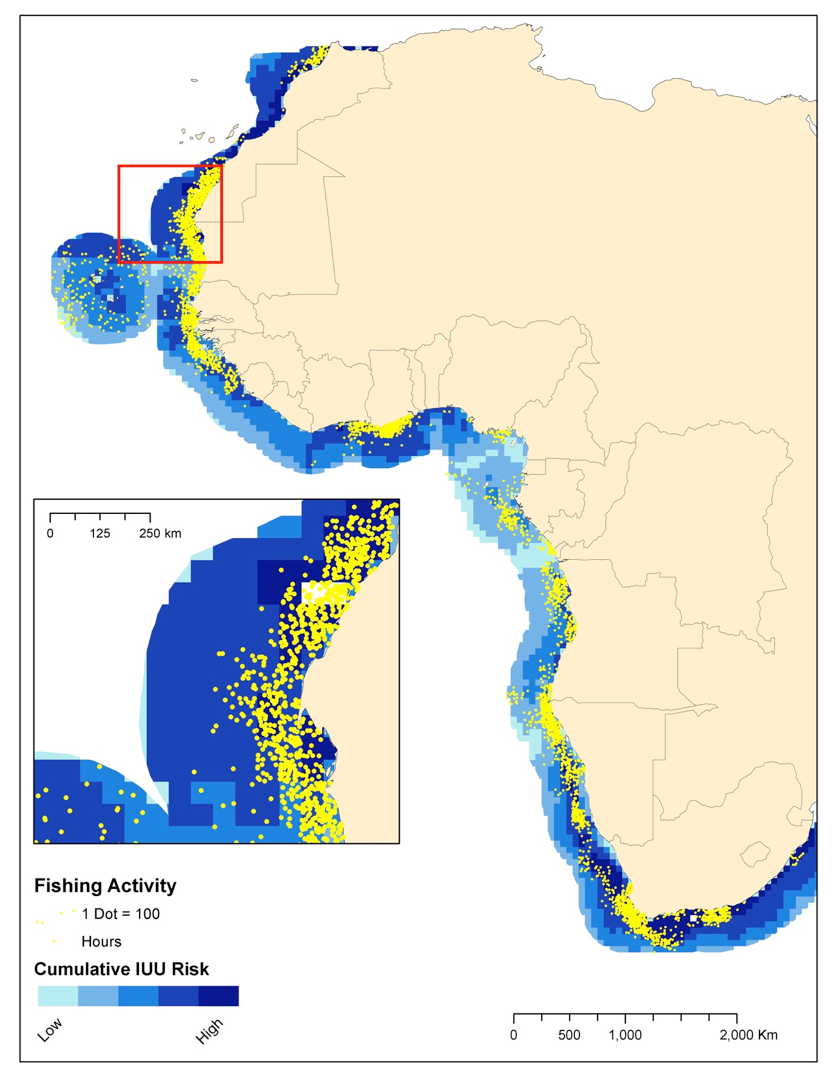 Petrossian’s initial analysis of fishing activity in her study region.

“Much more fishing activity occurs in the high risk areas I identified,” say says. “In areas where we see lots of fishing occurring, some of it may be illegal. Furthermore, some of it may be unreported – vessels may be allowed to be there legally but can take advantage by overfishing.”

“More specifically, significantly more fishing activity occurs where there is the highest concentration and abundance of highly commercial fish and known illegally caught fish; in closest proximity to highest risk IUU fish landing ports, and closest to other ‘access points’. It is, therefore, recommended that patrol activities focus on these highest risk areas, as they are more likely to detect IUU fishing activity there,” she adds.

As next steps, Petrossian plans to rebuild her models to incorporate our transshipment data, as well as our data on flag states and vessels by gear type. Additionally, she plans to expand her pilot study on West Africa to include three other regions.

“Global Fishing Watch data has been the key to these studies,” she says. “I can come up with any assumptions or models that I want, but it is useless without an empirical way to test my models.”