Washington DC, February 22 – A study published today in Science illuminates the extent of global fishing – down to individual vessel movements and hourly activity – and opens an unprecedented gateway for improved ocean management. The study shows that, while the footprint of capture fishing extends across more than half the global ocean, activity is clearly bounded by different management regimes, indicating the role well-enforced policy can play in curbing over-exploitation.

Using satellite feeds, machine learning techniques and common ship tracking technology, a team of researchers from Global Fishing Watch, the National Geographic Society’s Pristine Seas project, University of California Santa Barbara, Dalhousie University, SkyTruth, Google, and Stanford University found that industrial fishing covers more than 55 percent of the ocean’s surface – over four times the area covered by agriculture. The new dataset of fishing is hundreds of times higher in resolution than previous global surveys and captures the activity of more than 70,000 vessels, including more than 75 percent of industrial fishing vessels larger than 36 meters.

The authors of the study are making their dataset freely available to the public, allowing anyone to download, visualize and analyze the global footprint of fishing. “By publishing the data and analysis, we aim to increase transparency in the commercial fishing industry and improve opportunities for sustainable management,” said lead author, David Kroodsma, the Director of Research and Development at Global Fishing Watch.

Among the key findings of the study:

“This dataset provides such high-level resolution on fishing activity that we can even see cultural patterns such as when fishers in different regions take time off,” said co-author Juan Mayorga of the National Geographic Society’s Pristine Seas project and the University of California Santa Barbara. “Data of this detail gives governments, management bodies and researchers the insights they need to make transparent and well-informed decisions to regulate fishing activities and reach conservation and sustainability goals.”

The study shows that when and where fishing occurs is tied more to politics and culture than to natural cycles such as climate variation and fish migration. “This study reveals fishing as an industrial process in which vessels operate more like floating factories that need to operate around the clock to make money,” said co-author Boris Worm of Dalhousie University. “On the upside, however, this dataset also shows clearly where management boundaries are in place and where they are helping to constrain fishing effort.”

Kroodsma and his team used machine learning technology to analyze 22 billion messages publicly broadcast from vessels’ automatic identification system (AIS) positions from 2012 through 2016. Based solely on vessel movement patterns, the Global Fishing Watch algorithm was able to identify more than 70,000 commercial fishing vessels, the sizes of and engine powers of these vessels, what type of fishing they engaged in, and where and when they fished down to the hour and kilometer. This new global view of fishing draws on advances in satellite technology and big data processing. “Only a few years ago, we didn’t have the computing power, enough satellites in orbit, or techniques to run machine learning at scale over massive datasets. Today we have all three, leading to dramatic advances in our ability to monitor and understand human interaction with our natural environment,” said Brian Sullivan, a co-author who works for Google Earth Outreach.

“I think most people will be surprised that until now, we didn’t really know where people were fishing in vast swaths of the ocean,” said co-author economist Chris Costello of the Bren School of Environmental Science and Management, University of California Santa Barbara. “This new real-time data set will be instrumental in designing improved management of the world’s oceans that is good for the fish, ecosystems, and fishermen.”

“Our study has revealed more clearly how invasive human fisheries are on the high seas, where tunas, sharks and billfish are exposed to high intensity fishing,” said Barbara Block, a co-author and professor of Marine Science at Stanford University. “Our data is vital for better regulation and enforcement, to ensure pelagic fish have a future.”

The study, “Tracking the global footprint of fisheries,” appears in Vol. 361 Issue 6378 of Science. The datasets, including gridded fishing activity data, vessel identity and classification lists, and encounters between refrigerated cargo vessels (reefers) and fishing vessels, spanning from 2012 to three days from the present, are available for download for non-commercial uses via Global Fishing Watch’s Research Accelerator Program. Learn more. 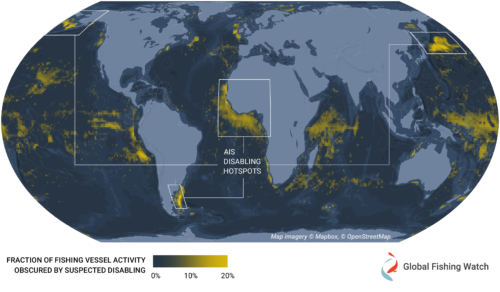 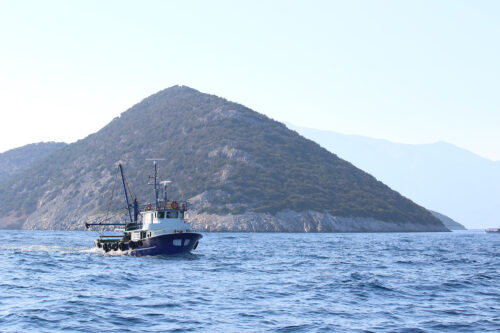 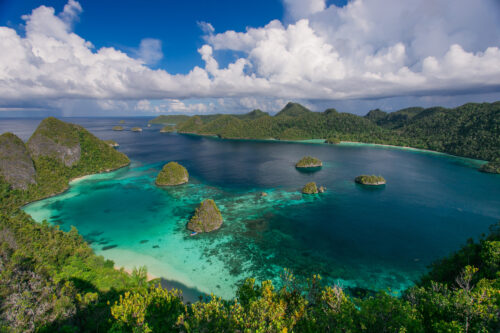