AIS for Safety and Tracking: A Brief History

AIS for Safety and Tracking: A Brief History

The maritime Automatic Identification System (AIS) is a radio communications system by which vessels continuously broadcast their identity and position over public airwaves using unencrypted VHS radio signals. When it was developed almost 20 years ago, its primary purpose was to increase safety at sea: ships needed a better way to “see” each other and avoid collisions. But authorities also needed a better way to identify vessels and monitor traffic in their waters.

Today, the use of AIS for identifying and tracking vessels around the globe is becoming increasingly more valuable amid growing concerns over international port security and illegal, unreported and unregulated fishing.

In the United States, the history of AIS begins on March 24, 1989, with the oil tanker Exxon Valdez running aground in Alaska’s Prince William Sound. Eleven million gallons of crude oil gushed into the water from the crippled vessel’s slashed hull. It was, at the time, the largest oil spill disaster in U.S. history. In response, the United States Congress passed the Oil Pollution Act (OPA-90), part of which called for the Coast Guard to develop a vessel tracking system for tankers going into Alaska.

The intent, according U.S. Coast Guard Program Analyst Jorge Arroyo, was to improve “situational awareness” for navigators and provide tracking capabilities for shore based Vessel Traffic Services (VTS)—akin to Air Traffic Control. Until then, navigators and shore stations had been dependent on visual navigation, analog radar and voice communications to mitgate collisions. The new system had to be autonomous, continuous and digital—something that could automatically communicate and portray a ship’s location to other ships and to shore-based Vessel Traffic Services without the risk of human error.

The Coast Guard decided on a system that used VHF radio waves. At the same time, tracking systems were being developed and tested around the world. “The British were testing a VHS-based tracking system for ships going in and out of the Dover Strait,” Arroyo says. “The Panama Canal Commission was testing a UHF system, and Swedes were developing another protocol.”

By the mid-90s, the international community realized that it made sense to work together, and a movement began at the International Maritime Organization (IMO) and International Telecommunications Union (ITU) to adopt a single system that could be used worldwide. They decided on the VHS-based AIS system in use today.

Its three primary purposes of were:

By 1998, the U.S. Coast Guard had embarked on a plan to modernize their entire vessel tracking service network which relied on voice radio communications and radar. New Orleans was designated as the first port to adopt a primarily AIS-based system. On September 11, 2001, attacks by foreign terrorists on U.S. soil ramped up the efforts, and AIS became an important tool in the Department of Homeland Security defense kit. 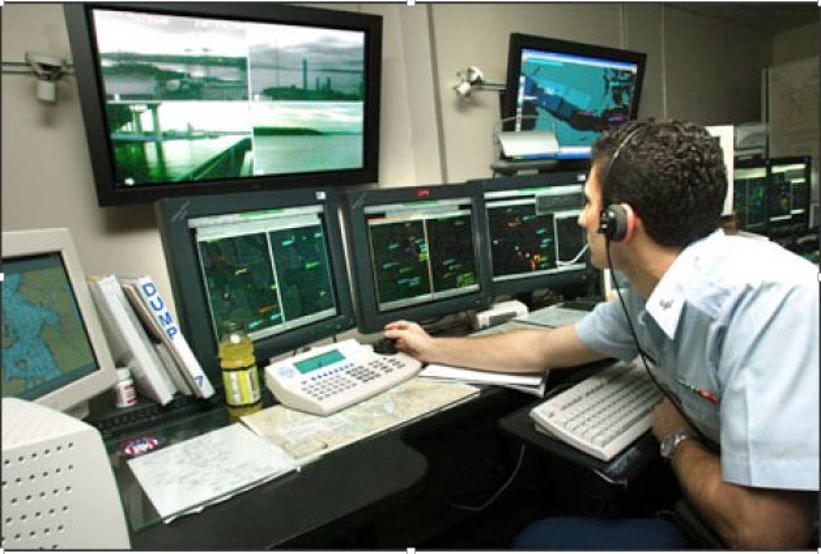 When the regulations were first drawn up in 2003, vocal pushback from industry led the Coast Guard to exempt fishing vessels and passenger vessels with fewer than 150 passengers from the 65-foot threshold. But the exemption was temporary. Last March (2016), the full AIS regulations went into effect, so now AIS is required on all commercial vessels in U.S. waters, including fishing vessels and passenger vessels 65 feet or longer.

The European Union imposed even stricter regulations in 2009, requiring fishing vessels 15 meters (49 feet) or longer to carry AIS. They also explicitly stated that “member States may use AIS data for monitoring and control purposes.” The European Maritime Safety Agency fisheries booklet acknowledges that AIS is beneficial for “marine environment protection,” an increasingly important benefit of a monitoring system broadcast over public airwaves—the feature at the core of Global Fishing Watch operations.

Estimates by researchers in the UK and Canada indicate that as much as 31 percent of the seafood flowing through the global market is illegal, unreported or unregulated (IUU), and a study published in Nature in 2016 found that the United Nations Food and Agriculture Organization has consistently underestimated the amount of fish being taken from the sea by at least 50 percent since 1950. Those are ominous figures in light of studies showing that between 7 and 58 percent of the world’s fish stocks have collapsed or are over exploited and 85 percent are, at a minimum, fished to capacity. If that large spread sounds vague, it’s because there just isn’t enough information about exactly how much fishing is going on.

That’s why it’s crucial to increase our understanding of when and where ocean animals are being harvested. AIS has the power to help us do that. For nearly two decades the Automatic Identification System has surely prevented many collisions and saved countless lives. Using it to track and monitor fishing vessels in every ocean will also allow more accurate measurements of global fish catch and increase transparency and traceability in the fishing industry. Important steps toward ending overfishing and IUU.

A more detailed presentation on the history of AIS can be found here.

An overview of AIS from the US Coast Guard is available here.