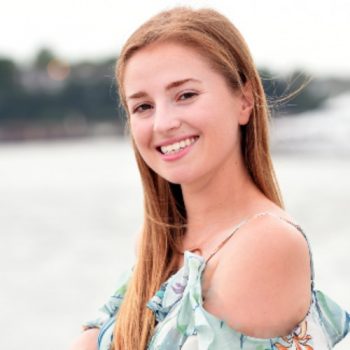 Samantha manages Global Fishing Watch communications, primarily focusing on digital strategy. Previously, she worked at Oceana on Global Fishing Watch, leading up to the public platform launch and until Global Fishing Watch became an independent organization, and, before that, on the Responsible Fishing Campaign, particularly on a project to strengthen regulations for bycatch reduction devices.

She has studied cetaceans in the field as a member of the New England Aquarium right whale team as well as puppy behavior with the Duke Canine Cognition Center. She graduated from Duke University with a BS in Biology and Evolutionary Anthropology, and spent a year studying marine mammal biology at the Duke Marine Lab. Samantha enjoys running, traveling, and matcha lattes.