Last week we reported on an expedition to survey diversity in the deep sea off the coast of Southern California. The goal of the expedition was to document on video the diversity of deep sea diversity in the area and demonstrate the need to close the waters of the Southern California Bight to bottom trawl fishing which destroys seafloor habitat. The team is back, and according Goeff Shester, California Campaign Director and scientist for Oceana, it was a great success.

Among the corals and sponges of a newly discovered reef, they captured images of octopus, brittle stars, crabs and juvenile fish taking refuge among the crevices and overhangs. Goeff noted in the trip log: “The closer we look beyond the magnificence of these undersea living structures of corals and sponges, the more we learn how important they are in the fabric of an ecosystem we are only beginning to understand.” 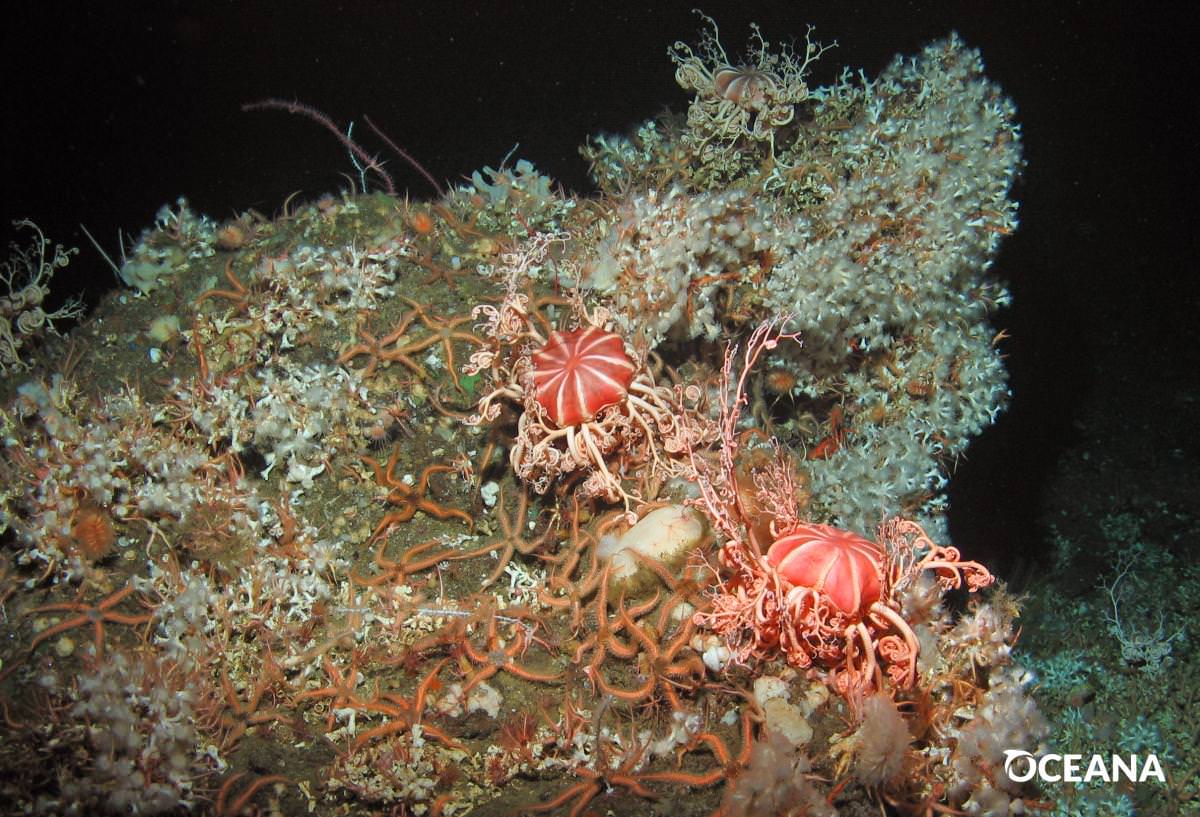 A pair of basket stars and dozens of brittle stars nestle among Lophelia pertusa, the only known species of reef-building cold-water coral in the Footprint Marine Reserve south of Santa Cruz Island. This coral species was only thought to inhabit waters off Europe until it was discovered here a few years ago. (Oceana)

He also reported seeing more than a dozen cowcod rockfish, a slow-growing species that was nearly fished to extinction but is making a comeback thanks to management measures. “We can see how important seafloor structure is for these fish, as nearly every cowcod was near a crack or crevice, and would hide when the ROV approached.”

The discovery of a mass gathering of crabs was another highlight in the trip log.

Read more about the expedition and watch video