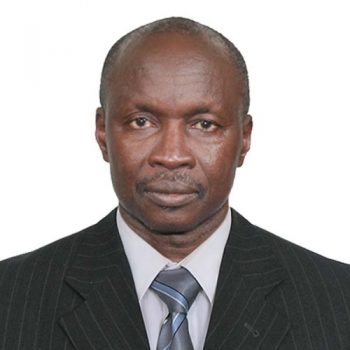 Dame is a former Senegalese navy captain. During his long career he held various positions related to fisheries protection and surveillance He also attended various meetings on the preservation of fisheries resources as a delegate of his country. He has been member of the drafting group for the Agreement on Port States Measures (PSMA) to fight IUU fishing and vice president in the technical consultation to finalize the text. The agreement was adopted by the UN in 2009.
He was the Chairman of the Sub Regional Fisheries Commission Monitoring Working Group involved in the management of combined fisheries surveillance operations in the Sub Regional Fisheries Commission (SRFC) area. He attended several FAO Regional Workshops on the development of national action plans to prevent, deter and eliminate illegal, unreported and unregulated fishing. As a representative of his country he participated in various meetings for the preparation of multilateral and bilateral agreements related to fishery conservation. He represented his country in the International Conference on the Governance of High Seas Fisheries and the UN Fish Stocks Agreement (UNFA) in St. Johns in Canada in May 2005. He is now working with GFW to extend fishery transparency in West Africa.