Right on Target, Satellite Monitoring Guided a Police Chase on the Open Ocean

Right on Target, Satellite Monitoring Guided a Police Chase on the Open Ocean

The sheer size of the ocean poses one of the biggest challenges to curbing illegal fishing, especially for a tiny island nation like Palau whose territorial waters encompass a swath of ocean nearly the size of Texas. With just three vessels comprising the government’s patrol fleet, there has been little hope of defending Palauan waters from poachers.

Until satellite monitoring offered a new approach to the job. Our analyst, Bjorn Bergman, found the proverbial needle in a haystack by monitoring vast areas of ocean from the sky. For nearly a year, he had been observing satellite signals received from ships passing in and out of certain regions of the ocean, including the waters of Palau. His aim had been to report fishing activity to Pew’s Global Ocean Legacy program which supports the establishment of marine protected areas.

Most of what Bjorn saw around Palau had been pretty routine; Navy ships and research vessels conducting their respective maneuvers in consistent patterns, an occasional passenger boat passing through and various fishing vessels behaving as expected for the activity they were reporting.

Then, the power of remote monitoring was put to the test when signals from an unauthorized vessel revealed the tell-tale signs of illegal fishing. That’s when Bjorn, a biologist and data analyst sitting at a computer in West Virginia, found himself orchestrating an international police chase on the open ocean more than 7,000 miles away. Blind to activity on the ocean far from shore, Palauan authorities relied on Bjorn’s location reports to chase down the vessel and intercept her just before she escaped Palauan jurisdiction. She was full of illegal catch, including sharks and shark fins. 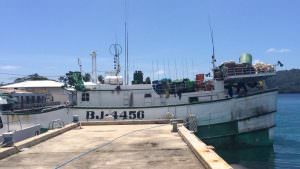 It began on December 8, 2014, when Bjorn noticed a Chinese Taipei fishing vessel transiting the waters of Palau’s Exclusive Economic Zone (EEZ). He checked the fishing registries and saw that the Shin Jyi Chyuu 33 had no permit to fish there, but the vessel’s movements suggested fishing. Officials from Palau’s Division of Marine Law Enforcement asked Bjorn to keep them informed of the vessel’s activity as they rallied an international team of partners to help them locate the vessel.

Over the next six weeks, the Shin Jyi Chyuu 33 appeared to fish for days before going dark. When its AIS signal reappeared three days later, the vessel crossed into Indonesian waters and once more went dark, this time for almost three weeks. When it showed up again in Palau’s on January 13, authorities were ready for action. On January 19th, the Remeliik, Palau’s only boat capable of operating so far from shore, set out to track down the Shin Jyi Chyuu 33. 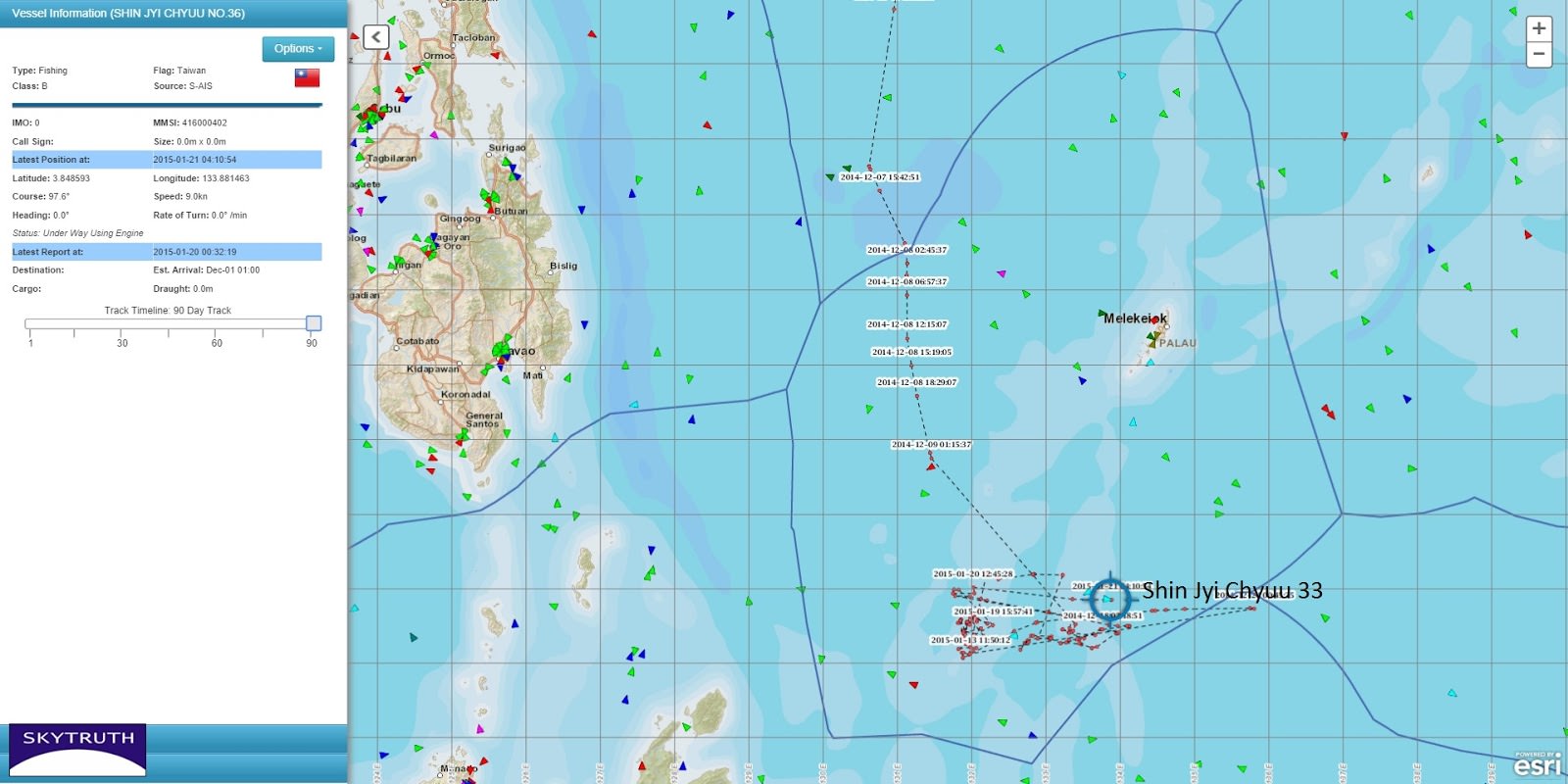 By the end of his work day on January 20th, the Shin Jyi Chyuu 33 still appeared to be fishing and the Remeliik was in pursuit, but still a few days from her target. “They had no position on this vessel other than what I was giving them,” Bjorn says. “This was quite critical because these AIS positions [from the Shin Jyi Chyuu 33] were only coming in maybe every few hours.”

Bjorn stayed at his computer late into the night exchanging updates with Palau’s Division of Marine Law Enforcement. Then, he received a new position from the vessel’s AIS signal and sent a critical message:

Position received about 30 min ago. Please advise the Remeliik that the Shin Jyi Chyuu 33 appears to be headed east toward the Indonesian EEZ at full speed.

If the rogue vessel reached the boundary of Palau’s EEZ Palauan officials would have no jurisdiction. Catching the boat before she escaped became critical. Over the next few hours, Bjorn relayed the coordinates of the Shin Jyi Chyuu 33 and projected the vessel’s trajectory. His final e-mail read:

. . . If the Shin Jyi Chyuu 33 maintains her current course and speed of 8 knots they will reach the Indonesian EEZ boundary in about 10 hours (around 10 PM local time in Palau). It may be advisable for the Remeliik to turn southeast and try and cut them off rather than making for the last known position.

He relayed the coordinates for the location at which he expected the vessel to reach the EEZ. The next day, the message he had been waiting for came in from Palau:

Once confiscated, officials found 304 shark carcasses and several hundred shark fins on board. The vessel owners were fined $100,000. We later learned that the Shin Jyi Chyuu 33 was also being sought by the Indonesian navy for illegal fishing in December.

The effort to take the vessel down was a model for international cooperation, and it was a window into the future of marine law enforcement. Just eight months later the government of Palau took a bold step signaling that successes like this must become the standard. On October 28, 2015, they established the Palau National Marine Sanctuary, banning all extractive activity such as fishing and mining from 80 percent of their territorial waters. That’s about 200,000 square miles to protect. We know it can be done.