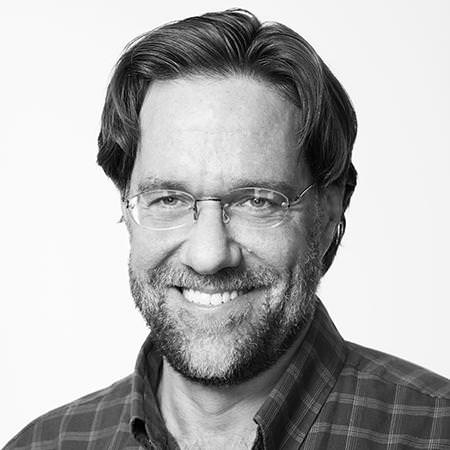 Brad Sewell, director of Fisheries and the U.S. Atlantic Program at the National Resources Defence Council (NRDC) used Global Fishing Watch to help protect the Northeast Canyons and Seamounts Marine National Monument by showing that not all vessels opposing the monument relied on it for fishing grounds. A new lawsuit threatens protection for the area, and Global Fishing Watch could be an important tool in the case.

2016 was a great year for marine protected areas (MPAs). At the Our Ocean conference alone, environmental leaders from around the world pledged to protect a total of almost four million square kilometers of ocean. The world’s largest MPA was created in Antarctica’s Ross Sea. In the United States, President Obama expanded the Papahānaumokuākea Marine National Monument and created the Northeast Canyons and Seamounts Marine National Monument, the first in the US Atlantic. But these areas are not designated without opposition — often from fishermen. Global Fishing Watch can play a role in determining whether or not a proposed protected area will have an impact on fishers. 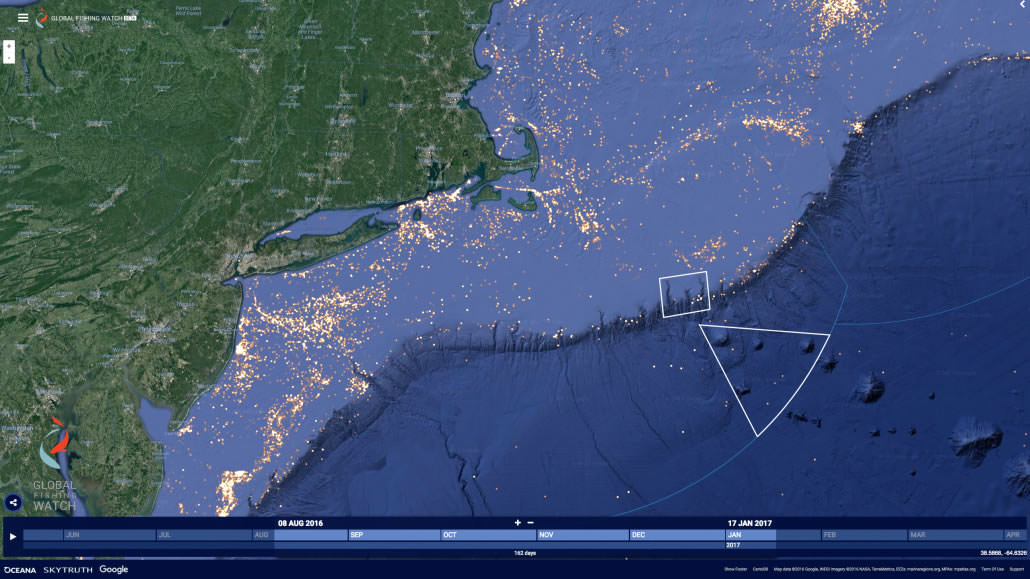 The Northeast Canyons and Seamounts Marine National Monument, highlighted in white above, was designated by President Obama in September 2016 thanks to hard work from several non-profit conservation organizations, including the NRDC, who used Global Fishing Watch as part of their supporting evidence for the designation.

Located approximately 150 miles southeast of Cape Cod, the newly protected area comprises 4,913 square miles of uniquely ancient and diverse habitat. Although it is largely untouched by human activities, recent technological advancements threaten the deep-sea more than ever through oil and gas exploration and industrial fishing. These threats concerned many scientists and conservationists, including Brad Sewell, Director of Fisheries and the US Atlantic Program at NRDC — and drove them to fight to protect the area. Now, the National Monument is in danger again as a coalition of fishing groups filed a lawsuit in federal court on March 7th, 2017 that challenges the creation of the monument, claiming that they depend economically on the area.

The deep-sea coral reef found in the proposed area, much like its kin in the tropics, provides food, spawning grounds, and shelter for a multitude of fish and invertebrate species. Upwelling in the unusual ecosystem provides nutrients to the lower tiers of the food chain, such as plankton, squid, and forage fish, and in turn, creates a biodiversity hotspot for rare and endangered species. Marine megafauna such as sharks, sea turtles, seabirds, deep-sea fish, and marine mammals including the endangered sperm, fin, sei and North Atlantic right whale, are attracted to the area by rich food sources. In 2016, conservation organizations, scientists, local New England businesses, and 300,000 citizens joined the Connecticut Congressional delegation in urging President Obama to designate the area as a marine national monument,  an action that could permanently protect the area from exploitation. However, opposition from fishermen threatened to halt this conservation victory.

Brad Sewell used Global Fishing Watch to help rebut claims from the fishing industry that they relied on the area. Using vessel identification information from the vessels whose owners were opposed to the possible designation, Sewell searched Global Fishing Watch and found that not all those vessels in fact relied heavily on the proposed area. Additionally, most of the area is too rugged for bottom trawling, a predominant type of fishing in the area, which was already prohibited in two of the canyons. According to Sewell, the Global Fishing Watch map is a “uniquely valuable tool” in advocacy to conserve important ocean habitats and ecosystems.

Thanks to tremendous public support and efforts from conservation groups and scientists, including the utilization of Global Fishing Watch by the NRDC, President Obama designated the Northeast Seamounts and Canyons National Monument on September 15, 2016. This designation bans extractive activities such as drilling, mining, and commercial fishing within the area. It is the first marine national monument in the Atlantic Ocean.

Now that fishermen are filing a lawsuit against the National Monument designation, there is again a need to determine whether the fishing industry is impacted by this MPA. As it was for the initial designation, Global Fishing Watch can be a meaningful resource to measure fishing activity within a given area.