86,490 Points on a Map: All Potential Transshipments

86,490 Points on a Map: All Potential Transshipments 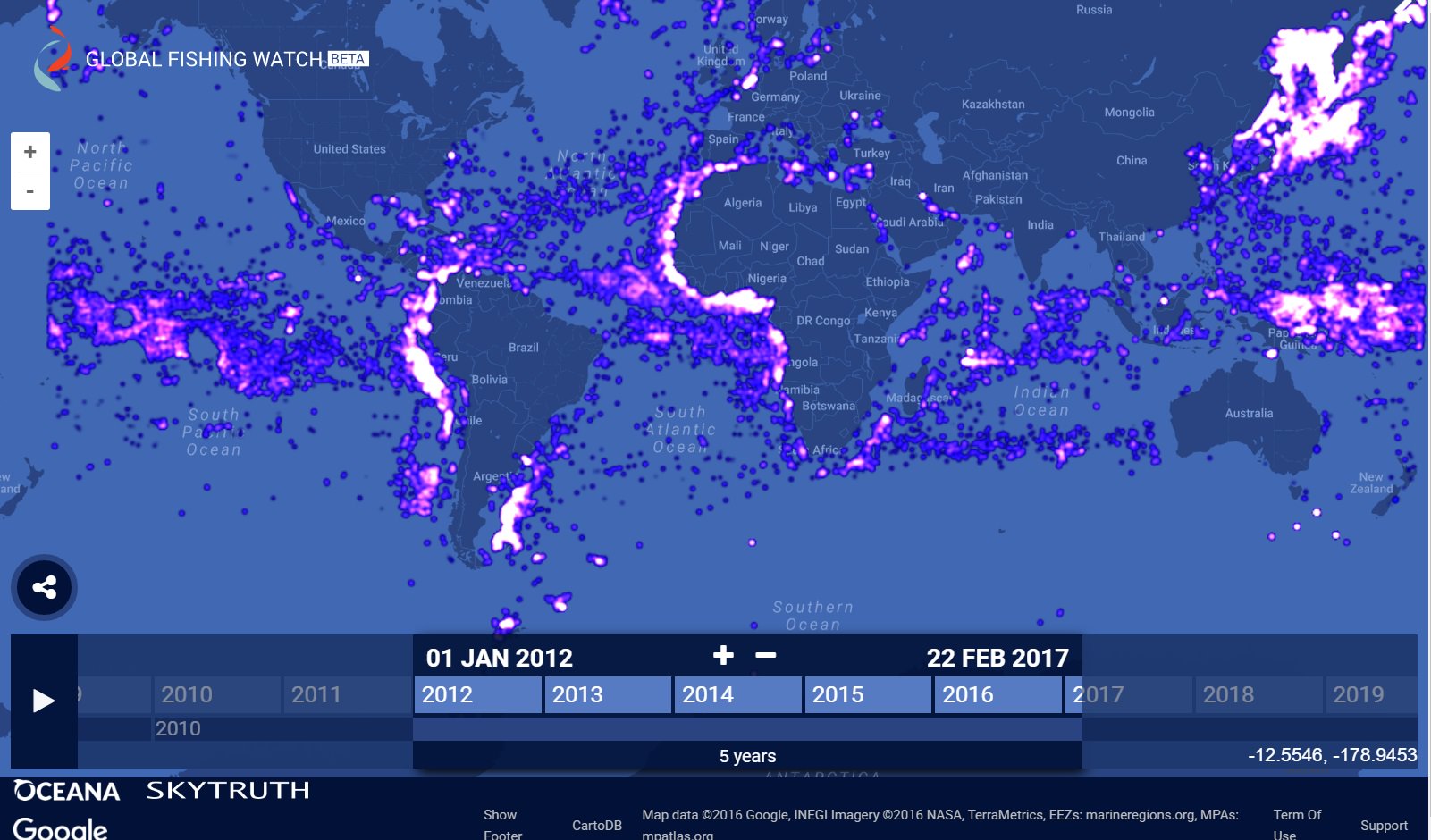 In early 2017, we released an original report based on analysis of our data that revealed remarkable new insights about what goes on between fishing vessels at sea. The machine learning platform we developed found that over the past five years, there were more than 86,000 potential cases in which fishing vessels transferred their catch to refrigerated cargo ships at sea. The practice is called transshipment, and in many cases it is illegal because it enables the mixing of legal and illegal catch and facilitates slave labor on fishing vessels that don’t need to return to port to drop off their catch.

It’s hard to imagine what 86,490 events look like spread across the world’s oceans, but the image from the Global Fishing Watch map above puts some perspective on the extent of the problem. Every point on the map above shows a potential transshipment. It is the first time such a view has ever been possible.

Our report, The Global View of Transshipment: Preliminary Findings, explains what you can learn from that view and why that’s so important.

To find “potential transshipments,” our data scientists focused on identifying and tracking refrigerated cargo vessels (reefers) because they are the ones that collect catch from multiple fishing vessels and carry it to port. Each of the 86,490 points indicates an instance in which a reefer moved slowly enough for long enough to have received catch from a fishing vessel at sea. We call these potential transshipments because not all events indicate a transfer of catch from a fishing vessel. Ships meet up at sea to transfer fuel, water and crew, and at times, they loiter in place between destinations or while waiting for a rendezvous.

Even so, our analysis was based on behavior specific to fishing transshipment, so we have a lot of confidence in our results. To identify characteristic behaviors, our guys began by looking at known transshipments between a reefer and a fishing vessel that were reported to the Indian Ocean Tuna Commission (IOTC). Using machine learning, they developed the algorithm that analyzed 21 billion signals from ships at sea to generate the transshipment map above.  We reported on that process in a blog post a few months back.

There’s much more to discover about where reefers go and who they rendezvous with at sea, and we’re continuing to work on that. Our next report, due out later this year, will share what we learn from our continued analysis. In the meantime, our new report and supporting data are available on our website for free, and we’re hoping others will use it to answer some of their own questions.